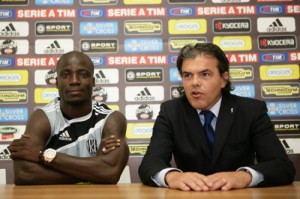 Ghana captain Stephen Appiah has revealed that he turned down several offers from European clubs before deciding to join Italian side Cesena.

The midfielder made the revelation during a press conference to unveil him as a player of the newly-promoted Italian Serie A side on Monday.

Appiah has now joined Cesena at the Sports Center Villa Silvia and has started training with the team ahead of the new season.

Cesena is Appiah's sixth Italian club and he says his experience in the Serie A forced him to make his decision to stay in the country.

"I am very happy to be here in Cesena as this move represents a major challenge for me to redeem myself after some difficult past two years," Appiah said.

"In fact in the last month I received several offers from abroad, but I chose Cesena because I want to keep the good memories of me here in Italy.

The Ghana captain insists he is prepared to help the club to be among the top club in the Italian Serie A this season even though he did not start the pre-season with them.

"Personally I am very motivated, I feel good and I also demonstrated my fitness to the world at the World Cup," he said.

"Despite not having made the first part of the preparation with the rest of the team I feel comfortable because my body allows me to recover quickly.

"I will now follow the directions of the coach and history to get the best start of the season.

"I only know some of the boys in the squad and I have seen that they are highly motivated. I think there are conditions for us to do well this season. "

Appiah joined Cesena from Bologna on a free transfer on Friday night. 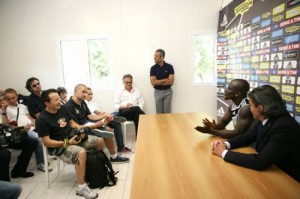 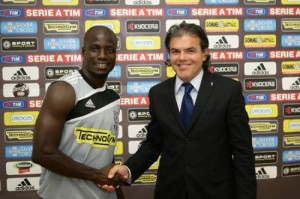