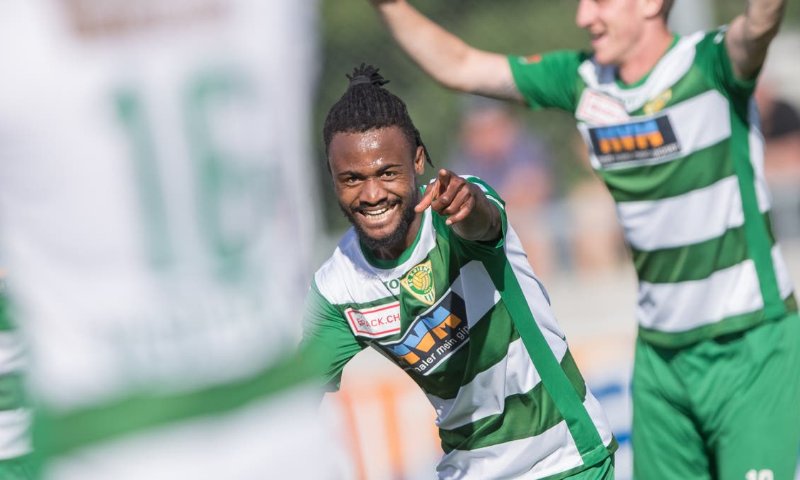 Ghanaian forward Asumah Abubakar scored twice but it was not enough as SC Kriens lost 3-2 to Chiasso FC in the Swiss Challenge League on Friday.

Abubakar opened the scoring for SC Kriens after the 27th minute mark.

The lead however did not last as the hosts grabbed the equalizer in the 37th minute through Kreshnik Hajrizi.

SC Kriens were reduced to ten men after Dario Ulrich was sent off for a two bookable offense in the 56th minute.

But Chiasso fought back once again to level the scoreline after Michel Morganella powered home from close range in the 80th minute.

With the match looking to end in a draw, FC Chiasso broke the hearts of the away team after Merlin Hadzi scored in the 94th minute to win the match 3-2 for his side.

Abubakar scored 7 goals in 11 matches for the club during the first half of the season as the Swiss Challenge League is on break until next year.