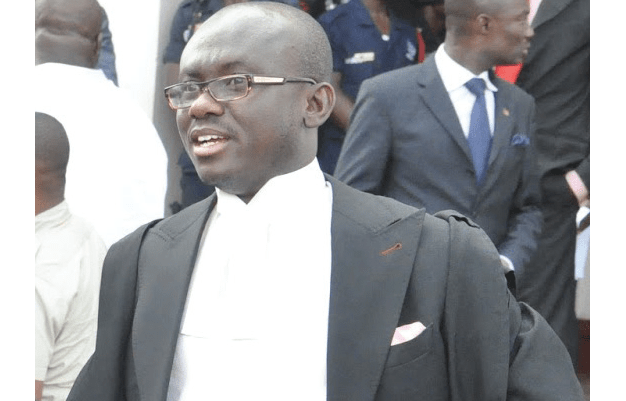 Ghana's deputy Attorney General Godfred Dame has come under the spotlight over claims FIFA does not recognize the current FA administration.

The principal deputy legal adviser to government is under pressure to back his claims with evidence as football aficionados have questioned the authenticity of his scandalous claims.

While responding to comment made by former Ghana FA spokesperson Randy Abbey on Newsfile on Joy FM over the weekend that government erred in its attempt to dissolve the FA, Mr Dame sensationally claimed the world governing body does not want to have anything to do with the current FA.

The claim is being challenged by the hierarchy of the football association as a joint communiqué signed by both FIFA and government was heavily silent on the claim.

The two parties met in Accra last week to draw a roadmap for the restructuring of the association after an investigative piece by journalist Anas Aremeyaw Anas revealed widespread corruption in the game.

But FIFA in a letter dated 20 June to the Sports Minister had portions reading: ''We have asked the Ghana Football Association t0 assist with any visas upon arrival that may be required for FIFA delegation. We kindly ask for your support in this regard as well as assisting with the FIFA's local transportation in Accra.''

This means FIFA still regards the Ghana FA and asked them for assistance prior to the three-man body headed by Veron Mosengo-Omba (Director - Member Associations Africa & Caribbean)-landing in Accra.

The country's government are taking steps to dissolve the association over claims of being a tool for corruption - a stance which is being challenged by clubs and the football association.