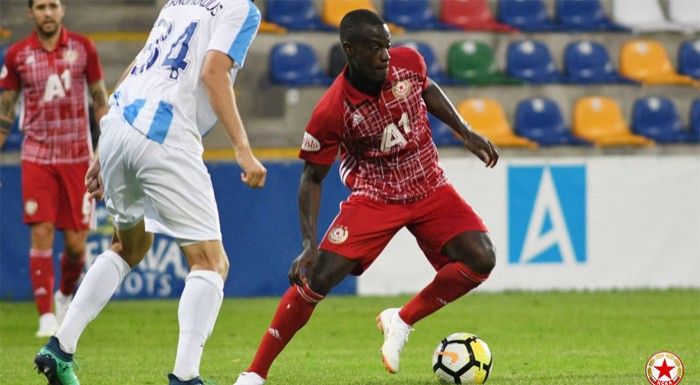 Ghana winger Edwin Gyasi has rejected claims that he will undergo a 14-day quarantine in Bulgaria before being allowed to train with his CSKA Sofia teammates.

Gyasi travelled to the Netherlands to spend time with his family after the Bulgarian top-flight league was suspended due to the coronavirus outbreak.

Reports indicated that Gyasi, Graham Carey and Viv Solomon-Otabor, who travelled to their various countries after the forced break, will be in self-isolation for two weeks when they arrive in the country before they will be allowed to join the rest of their teammates in training.

But the Ghana international has dismissed the reports, saying that neither he nor any of his teammates have been quarantined.

"I read somewhere that I was forced to quarantine. It is not true that I was quarantined for two weeks. I do not know where this information came from, but I think the media want to confuse the public. None of my teammates was under quarantine ", added the football player in an interview for modernghana.com.

"Now, while there is no football, I play Playstation very often. I spent the most time in my hotel room."

The Bulgaria Premier League will resume after the COVID-19 stoppage on June 5 without spectators in a shortened format, which would allow the league season to be completed within a month.

The decision means the top tier comprising 14 clubs will play another two rounds of matches to complete the regular season, while championship and relegation playoffs requiring an additional 10 rounds have been reduced to five.

The Balkan state’s league has been on hold since March 13 as part of countrywide lockdown measures which have begun to be eased with athletes allowed to conduct individual outdoor training.