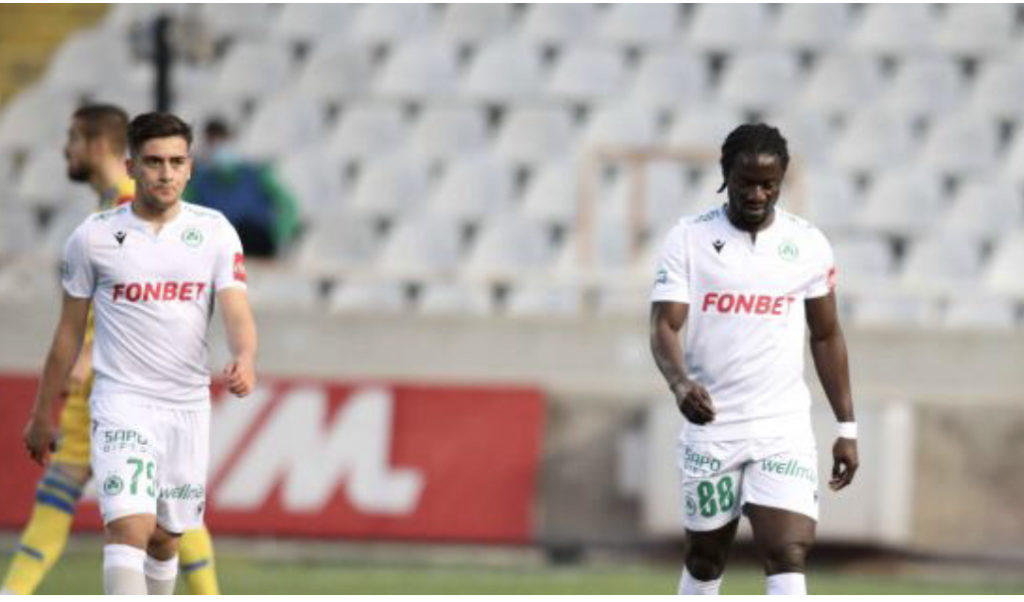 Ghanaian winger Ernest Asante has set his target on clinching the Cypriot Premier League title with AC Omonia Nicosia, but says it will difficult to achieve it due to the competitive nature of the championship.

Asante, 32, joined the Celtics on a one-year deal as a free agent after his contract with Emirates side Al-Fujairah SC expired last season.

The speedster has swiftly established himself in the team, scoring 8 goals and registering a further one assist in 24 appearances.

The former FC Nordsjaelland forward did not hide his delight over his form for the side but disclosed that his target is the league title.

"It simply came to our notice then. The most important thing is for the team to succeed. I want and I know that I can do better than what I have presented so far. I will be happy only if a team wins the title,” Asante stated on the club’s website.

He continued, “Let us continue as we do now. It is difficult because we are constantly faced with very good and organized teams that are also fighting to win the title, but I believe that we can do it.”

AC Omonia are leading the Cypriot Premier League pack with 56 points, a point above second-place side AEL Limassol after 26 round of matches.