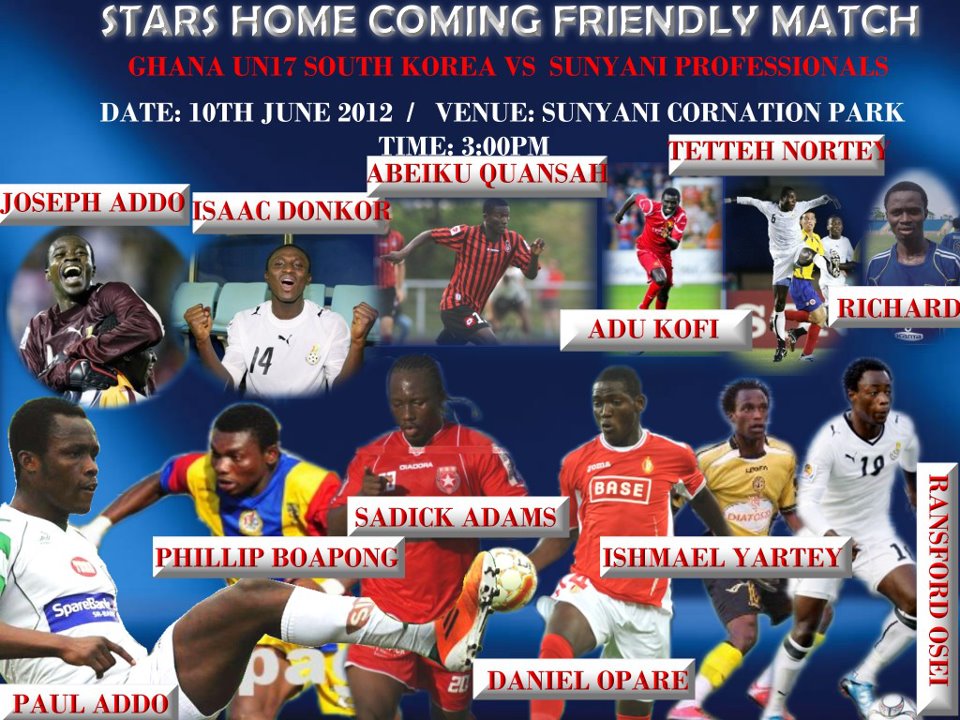 Former Ghana Under-17 Star Saddick Adams will headline a host of foreign-based players to play a charity game to raise funds for the needy on June 10.Â

The 22-year-old, recognized by World magazine as one of the 50 Most Exciting Teenagers on the planet in 2007, will use the game to raise funds to support underprivileged children and needy people in support.

Almost all contingent of Ghana's 2007 U17 World Cup squad will feature in the game against majority of the 2009 U20 World Cup winning team.

"As players this is what we have do to give back to the society,â€ Adams said

â€œWe want to help the poor and the needy in the society especially children.

â€œWe want the fans to participate in the game and help reach out to the underprivileged in the society,â€