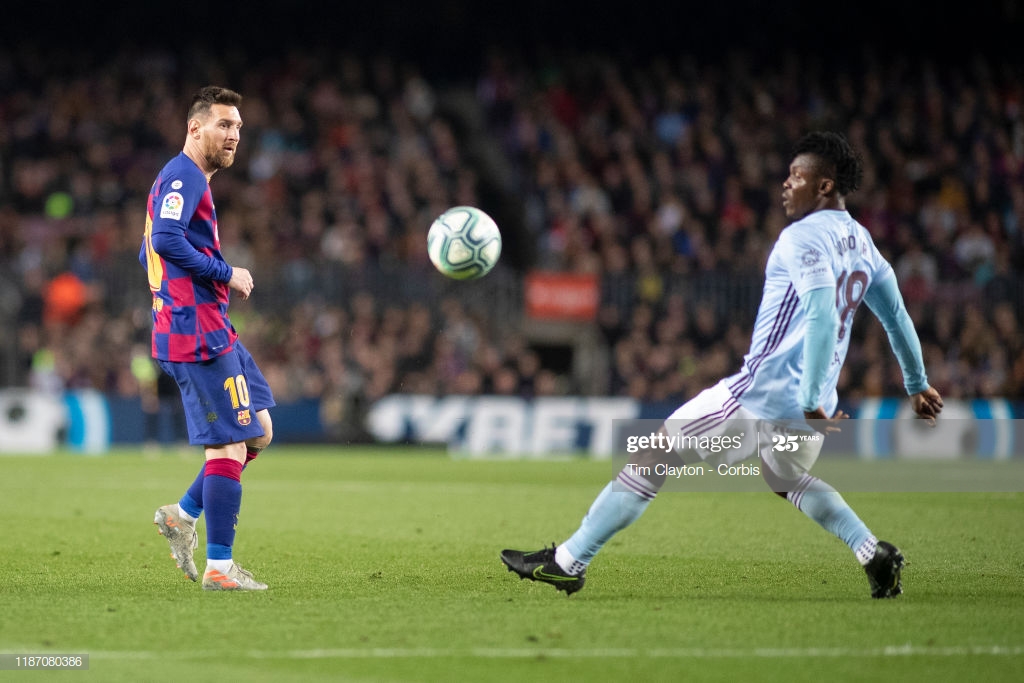 Ghana defender Joseph Aidoo was impressive once again for Celta Vigo as they held Barcelona to a 2-2 stalemate to dent the Catalans title hopes.

With the 2019/2020 Spanish La Liga season heading to its end, the two clubs locked horns at the Abanca Balaidos to fight for 3 points for different reasons.

With a league title up for grabs, FC Barcelona was hoping to cruise to a win over Celta Vigo on the road to enhance their chances at the end of the campaign.

A good start to the game saw the away team taking the lead after just 20 minutes when Lionel Messi assisted Luis Suarez to find the back of the net.

That equalizer separated the two sides at the end of the first half before Celta Vigo drew level through a strike from Fedor Smolov on the 50th minute. Later on, a late strike from Iago Aspas canceled out a second strike from Luis Suarez.

On the matchday, Ghana's Joseph Aidoo earned a starting role and managed to enjoy 90 minutes. He was solid at the back for the Sky Blue side with his timely tackles and crucial clearances.

Aidoo has made 27 appearances for Celta Vigo in the La Liga and has 1 assist to his name.