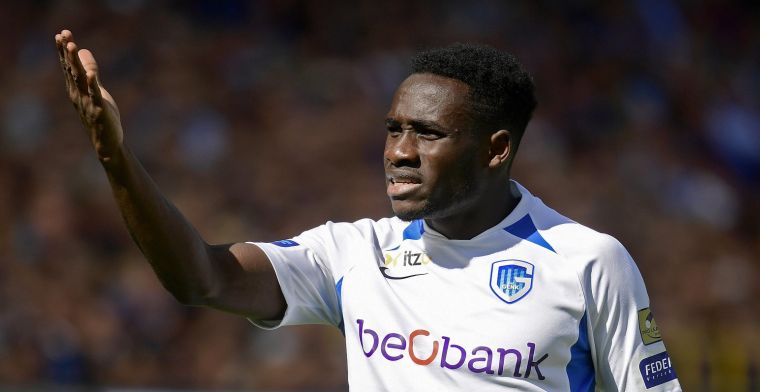 Ghana youth forward Joseph Paintsil to work under a new coach at Belgian side KRC Genk following the sacking of Felice Mazzu.

The Belgian champions Genk sacked coach Felice Mazzu after slipping to 9th place in the table following a disappointing start to the season.

After losing three matches out of four in their Champions League qualifying group led by Liverpool and winning only six out of 14 domestic league games, Genk said they had let Mazzu and his three assistants go.

Leaders Club Brugge have opened a 13-point gap at the top of the table over Genk, on 20 points, a situation deemed unacceptable by club directors.

Mazzu, 53, arrived at the club last summer on an open-ended contract after six seasons at Charleroi to replace Philippe Clement, who took over at Bruges.

Genk lost 6-2 to Salzburg in their opening Champions league match this season and have twice been beaten by Liverpool.

Domenico Olivieri takes over as interim coach while Genk search for a replacement for Mazzu.

Despite failing to churn out regular playing spot, Paintsil has clocked 10 appearances including the UEFA Champions League and registered one goal and one assist.