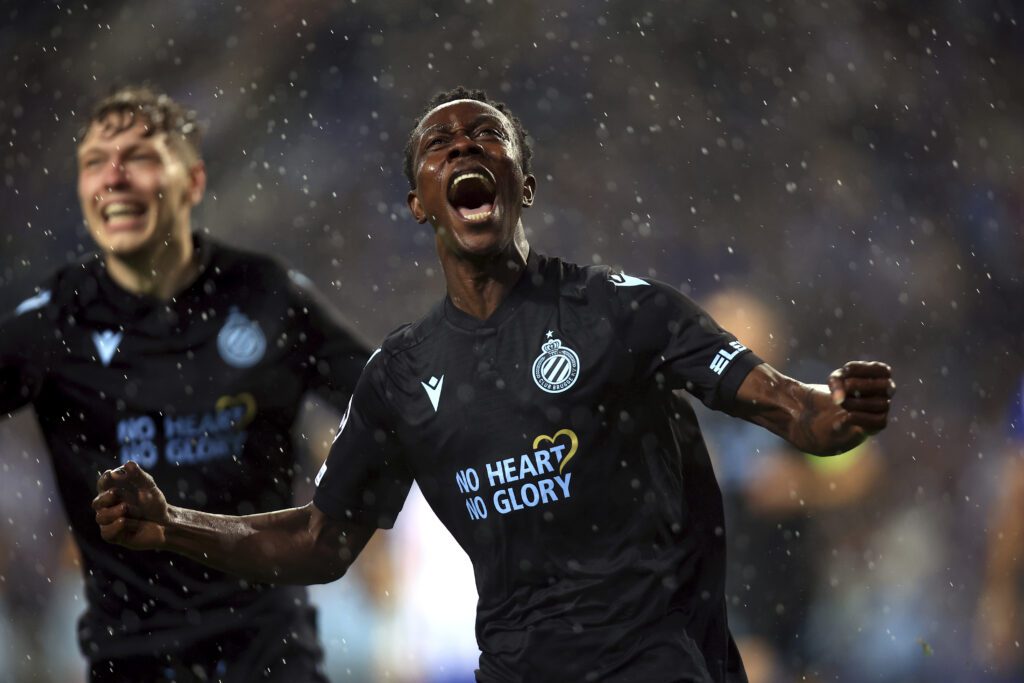 Sowah scored his first goal in the competition in a 4-0 win over Porto last month, and he opened the scoring against the Spanish side.

The 22-year-old tapped home from Ferran Jutglà’s cut back following some intricate one-two play from the pair to give the Belgian side the lead after 36 minutes.

Former Barcelona man Jutglà was desperate to impress and did indeed double the home side's lead in the 62nd minute.

Late on, insult was added to injury for Griezmann after he first rattled the crossbar from the penalty spot when Matheus Cunha was felled, only to be flagged offside seconds later as he rifled home left-footed.

Sowah has two goals and three assists in eight games this season for Brugge.