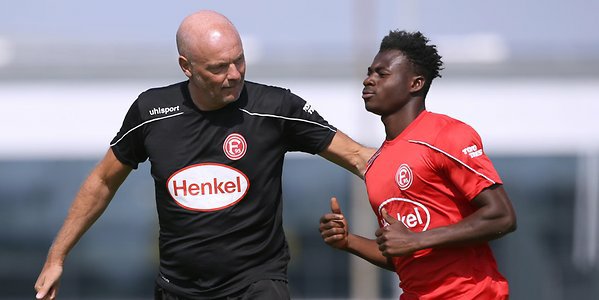 Ghanaian youngster Kelvin Ofori could be sidelined for sometime after suffering an injury during Fortuna Dusseldorf friendly match against TSV Meerbusch.

Uwe Rösler's side have began preparation for life in the German Bundesliga 2 with a friendly encounter against lower-tier side TSV Meerbusch.

The victory however came at a cost as Dusseldorf played almost half an hour of the second stanza with ten men following an injury to youngster Kelvin Ofori.

The 19-year-old midfielder had to be substituted just few minutes after coming on in the second half due to a back injury.

He is expected to undergo scan test to determine the extent of the injury as the German Bundesliga 2 is five weeks away from starting.