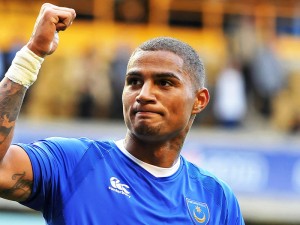 Ghana midfielder Kevin Prince Boateng has apologized for the tackle on Michael Ballack that ruled the Germany captain out of the World Cup.

Germany's hopes of winning theÂ tournament in South Africa received a serious blow on Ballack, the team's leader and top midfielder, was ruled out of the tournament because of an injury suffered in Chelsea's EnglishÂ F.A. Cup finalÂ victory on Saturday.

Ballack, 33, tore the ligaments in his right ankle when he was tackled by the Portsmouth ace Boateng, a former German youth international whoÂ recently changed nationality so that he could play for Ghana in the World Cup.

"I am sorry, there was no intent to harm Ballack,â€ Boateng said.

"I was late and hit him with full force. The tackle looks very stupid"

Ballack helped Germany reach the final of theÂ 2002 World CupinÂ South KoreaÂ and Japan, where it lost to Brazil in the final, and also led it to third place when it hosted the tournament in 2006.

He has represented his country 98 times and scored 42 goals.

He has beenÂ played a pivotal role forÂ the national team for more than a decade.

"We are shocked, no question about it," Low said, "and we are all very, very said. He is a very important player for us, a world-class player."

Ballack, who won both theÂ English Premier LeagueÂ title and theÂ F.A. CupÂ with Chelsea this season, said he wasÂ "angry" but was also philosophical.

"It's football and you have to live with it," he said.