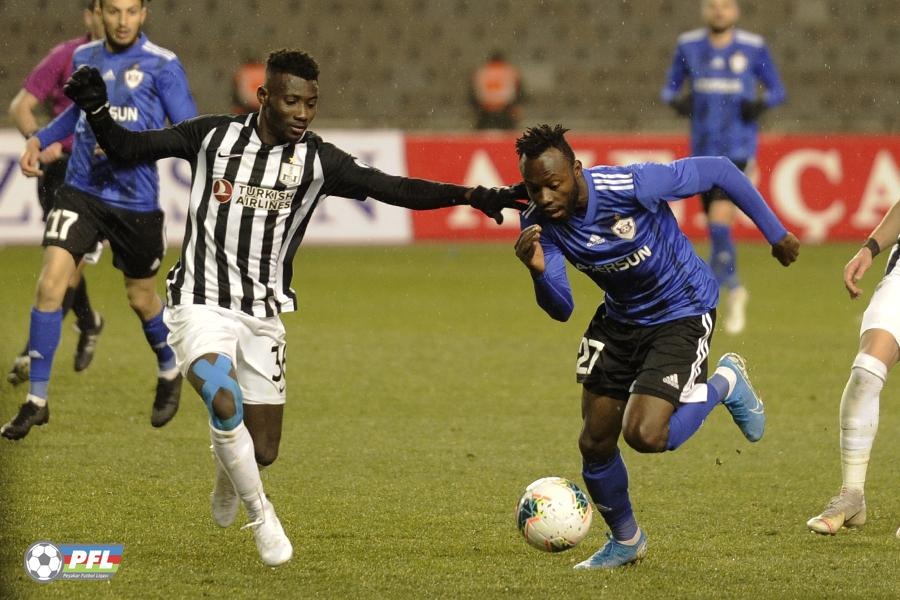 Ghana youth striker Kwabena Owusu was on target as Qarabag FK came from behind to play 2-2 draw with Sumqayıt FK in the Azerbaijani Premier League on Friday.

Following a cagey first half, Sumqayıt went up 1-0 courtesy Ali Ghorbani’s goal in the 52nd minute.

But Qarabag fought back and deservedly halved the deficit through Ghanaian forward Kwabena Owusu just before the hour mark.

The visitors looked to be losing the battle with five minutes left on the clock up until Croatian midfielder Filip Ozobić hit the equalizer to snatch a point for his side.

Owusu has netted two goals in four matches this season in the Azerbaijani Premier League.