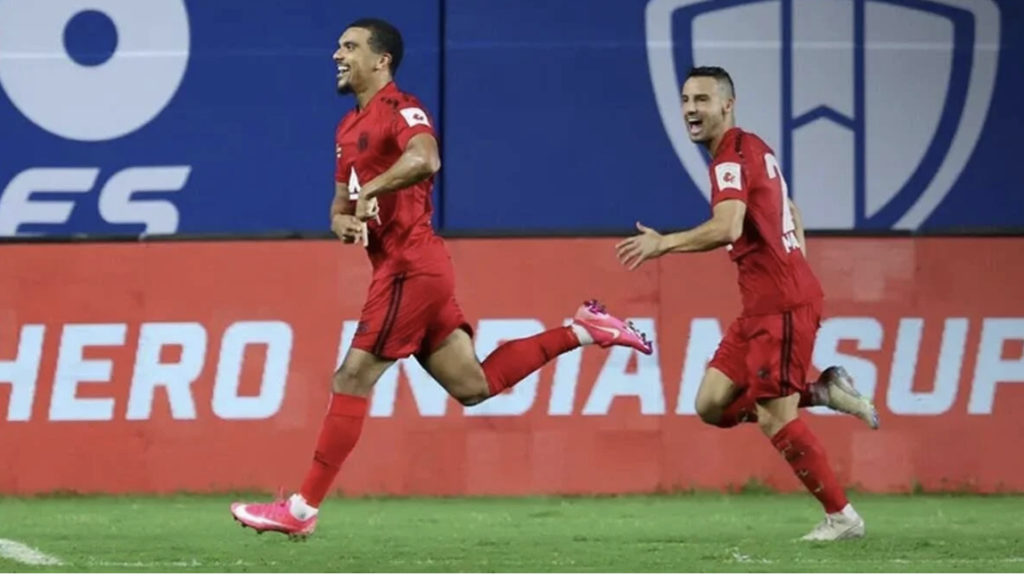 Ghana striker Kwesi Appiah was the hero on his debut for NorthEast United FC after hitting the only goal of the their match against Mumbai City FC in the Indian Super League at the Tilak Maiden Stadium.

Appiah joined the Guwahati-based side as a free agent after parting ways with English League One outfit AFC Wimbledon in the summer.

The 30-year-old hitman wasted no time in announcing his presence to the club’s fans after his lone strike in the opening fixture of the campaign.

Appiah struck from the spot after just three minutes from half time as the Islanders began their Indian Super League campaign with a 1-0 win over Mumbai City FC here on Saturday.

He was replaced with Guinean forward Idrissa Sylla on the 70th minute Mark.