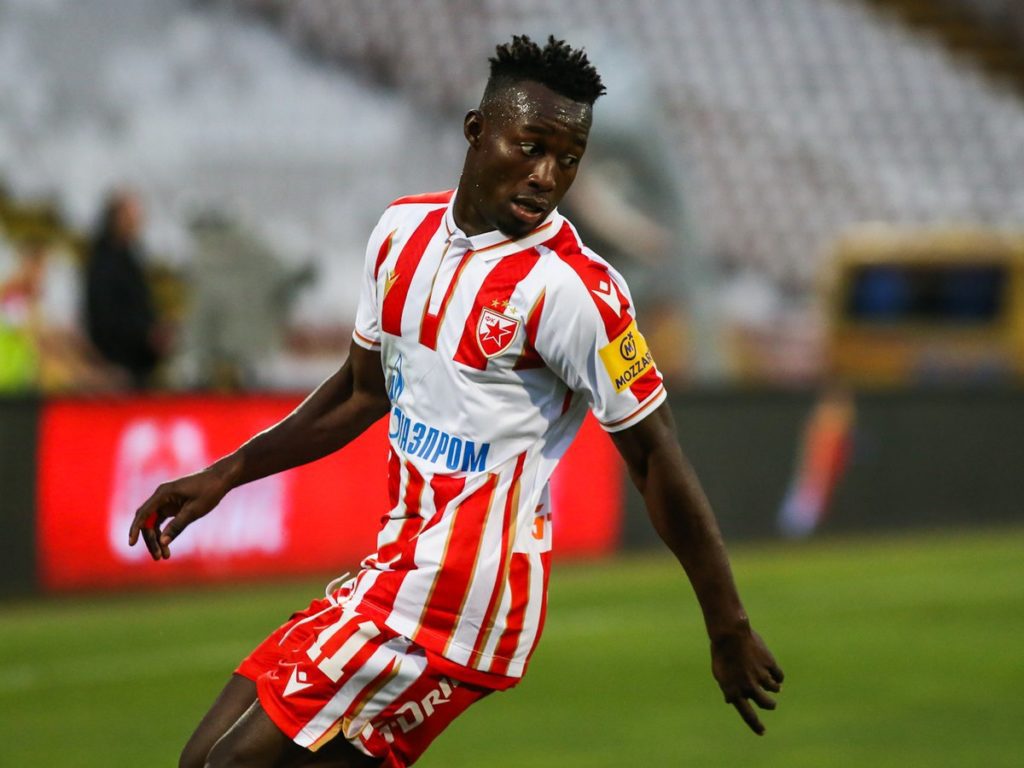 Ghana winger Osman Bukari is clearly enjoying life in Serbia, where he has been in explosive form since joining champions Red Star Belgrade this window.

Bukari has found his scoring boots, and he scored an impressive hat-trick for Red Star Belgrade in the Champions League on Wednesday.

He scored three goals and assisted one as Red Star easily defeated Armenian club Pyunik 5-0 at home in the first leg of their qualifying tie.

Bukari's tally for the season now stands at five goals in five games.

With his hat-trick, the 23-year-old became only the third player in the 21st century to score three goals in a European match for Serbian champions.

The hat-tricks of Leki, Ben, and Bukari all happened at Rajko Mitic Stadium, also known as Marakana, and Zvezda hit the opponent's net five times in those three games.

Dejan Leki scored the first European hat-trick for the red and whites in this century on August 6, 2009, when he scored three goals and one own goal in the legendary match against Dinamo Tbilisi.

Red Star waited 11 years for a new European hat-trick, which came on August 18, 2020, when EL scored three goals in a 5-0 victory over Gibraltar's FC Europa  in the first round of Champions League qualifying.