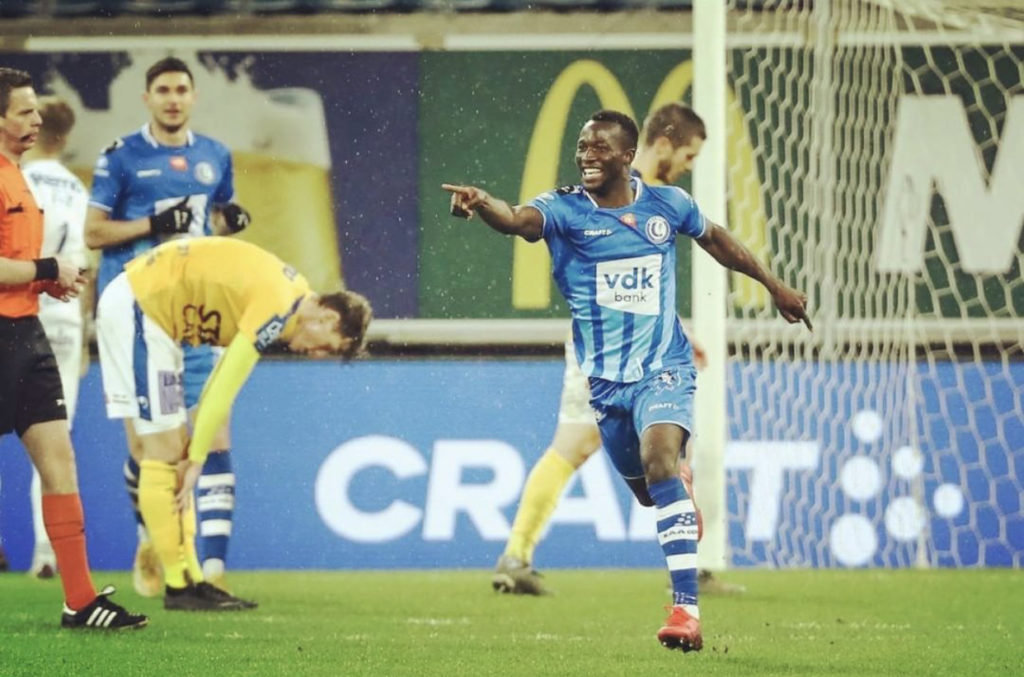 Bukari netted his third goal of the season for the Buffaloes at the Ghelamco Arena on Wednesday.

The 22-year-old also made an assist as Hein Vanhaezebrouck’s charges smashed their opponents in the round 18 of the Belgian top division.

Alessio Castro-Montes opened the scoring for the hosts in the 25th minute of the game.

The Ghana U23 forward rounded off the victory with a goal in the 90th minute after connecting to a pass from Tim Kleindienst.

Bukari has three goals and four assists in 12 matches in the Belgian League so far this term.