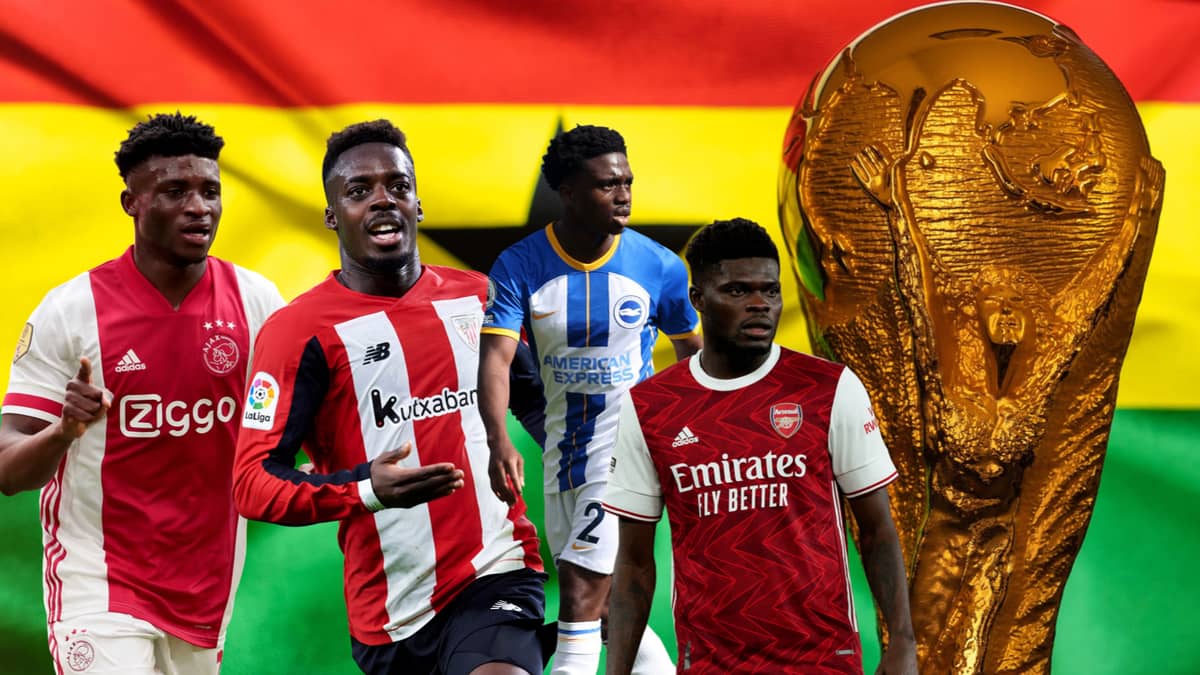 Winner of Nigeria during the play-offs, Ghana will try to make people forget their very average last CAN by trying to get out of a relatively difficult group with Portugal, Uruguay and South Korea. Zoom in on the Black Stars XI with the expertise of the Ghanaian Players Twitter account .

The 26-year-old Charlton Athletic goalkeeper with 11 caps with Ghana will be, according to our specialist, the last bastion of the Black Stars as he notably participated in the match against Brazil during the last truce.

The 23-year-old Southampton centre-back doesn't have much national team experience but has featured in the last two games against Brazil and Nicaragua in the last break and should start in that three-man defense under coach Otto Addo, at the 2022 World Cup.

At his side we find a well-known name in Ligue 1: the central defender of RC Strasbourg, Alexander Djiku (28 years old). Very courted this summer, Djiku finally stayed in Strasbourg and saw a difficult start to the season in Alsace. However, his rating is still good and he will be an essential link in the central hinge of the Black Stars at the World Cup.

Rounding out this three-man defense we have Daniel Martey, the 27-year-old Leicester City defender. He too has been plagued by the poor dynamics of his club this season in the Premier League, but our expert reassures by evoking the mastery of the three-way defense by this triplet of defenders.

The 22-year-old, a Youth League runner-up with Chelsea in 2018, failed to win for the Blues but gained playing time at Brighton and will occupy the Black Stars' right flank at the 2022 World Cup for let his speed speak, he who was flashed at 36.1km / h last season in the Premier League.

" Very often injured in recent months but he remains a major asset for Ghana, " reassures our specialist. Partey should in any case take advantage of Arsenal 's good start to the season to arrive in the best conditions in Qatar at the end of November.

7. Central midfielder: Iddrisu Baba His performances with RCD Mallorca have prompted many clubs to look into Iddrisu Baba this summer and in particular Atletico de Madrid, a club through which his compatriot, Thomas Partey, passed. Baba completes a solid midfield and, with Partey, will make it difficult for opponents who want to impose their law in midfield.

Passed by the Stade de Reims in 2019, the name of Baba Rahman undoubtedly says something to certain specialists in Ligue 1. The left-back has chained loans since 2015 when he still belongs to Chelsea. Today, his physical condition seems to finally leave him alone. What to arrive in the best conditions in Qatar.

He is the revelation of this start to the season at Ajax Amsterdam. The young 22-year-old attacking midfielder is having a blast under the Ajacide tunic with already seven goals in ten games in all competitions.

"He has become an essential player and a technical framework with the Black Stars, his absence during the CAN was felt, endowed with good ball protection and exceptional technique, he will be keen to show all the extent of his talent for his first major competition with Ghana, " proclaims our interlocutor.

Coming into play against Nicaragua at the end of the match, André Ayew became with Asamoah Gyan the most capped player in the history of the Black Stars at the height of his 32 years and will be the leader of this team at the 2022 World Cup . and his combativeness will be essential, " adds our specialist.

Iñaki Williams has finally decided to play for Ghana. " The Bilbao striker known for his tireless physique will be Ghana's attacking leader at the World Cup," our expert is already impatient.