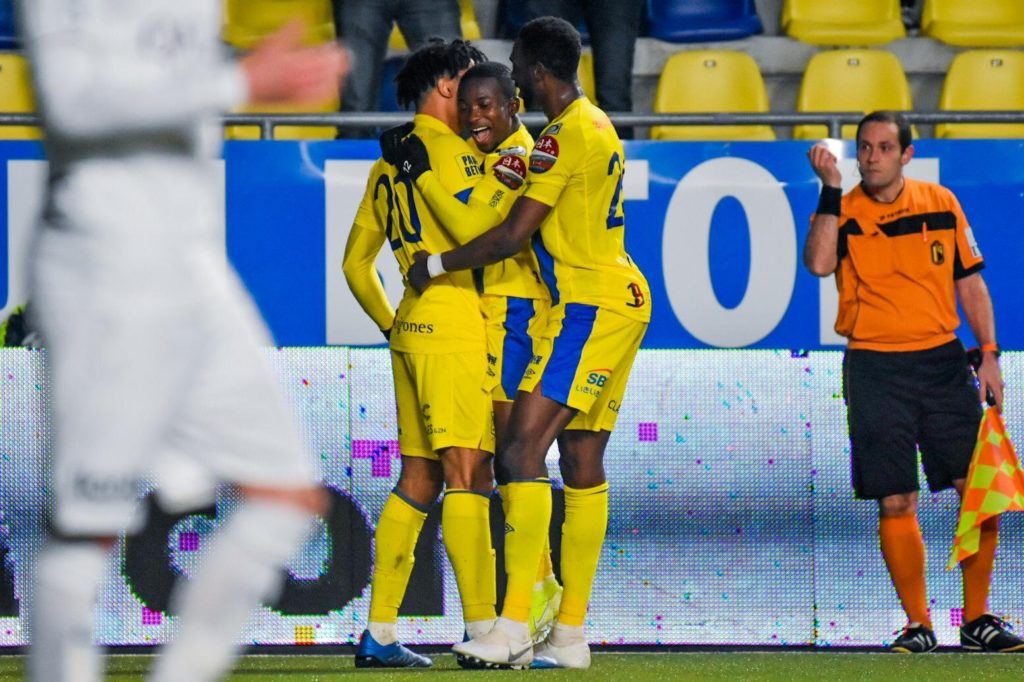 Ghanaian striker Samuel Asamoah had a mixed match for Sint Truiden as he netted a hat-trick before being sent off in their 5-2 thumping against KAS Eupen in the Belgian Jupilar Pro league on Saturday.

The Canaries started the game strongly before fetching the opener in the 13th minute through Mory Konaté.

But two quick strikes from Smail Prevljak and Jens Cools turned the tie in favour of KAS Eupen.

Asamoah completed his hat-trick in the 63rd minute but his joy was cut short after referee Christof Dierick brandish his second yellow card in the game for partially pulling his shirt over his head, after he had been given a caution in the 52nd minute.

USA international Chris Durkin sealed the victory for Sint Truiden with a 95th minute goal to send their fans at the Stayen Stadium into jubilant mood.

Asamoah has scored 4 goals in 24 leagues games for Sint Truiden in the ongoing campaign.