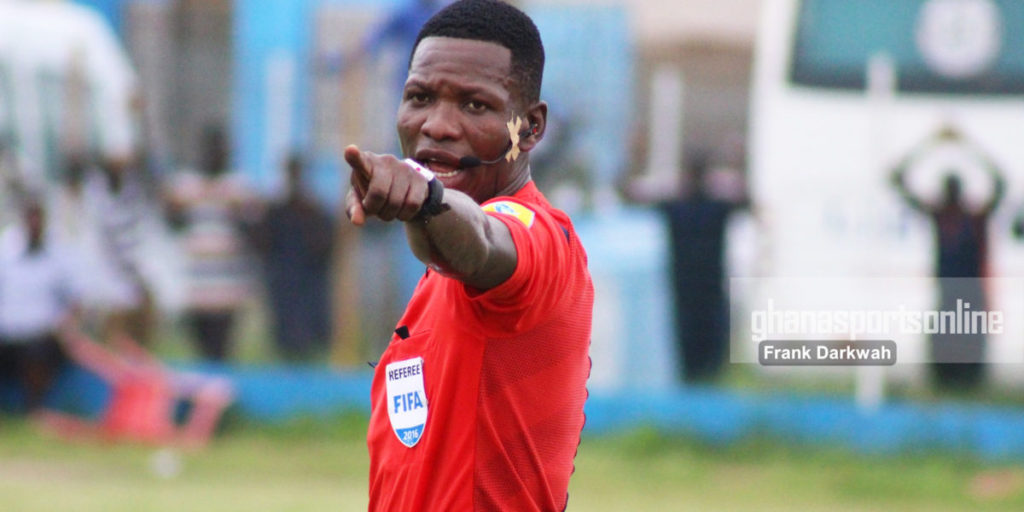 The credibility of Ghana's star referee Daniel Laryea has soared beyond unimaginable heights after the rising official survived an integrity check following an explosive investigative piece which has collapsed the careers of several top officials.

The country's torchbearer and long-ranger in the pursuit of the noble profession, survived several attempts to compromise his pedigree and today stands tall among his peers in the West African nation.

The jury is out there for the youngest Ghana FIFA referee, who appears to be breaking barriers after emerging the country'stop-rated referee, at just aged 30.

The continent's governing body, CAF, has wielded the disciplinary axe, handing life-time ban and long-term suspensions to seven FIFA officials after they were caught in the cross-fire in an under-cover investigative piece by controversial journalist Anas Aremeyaw Anas.

Laryea, has replaced disgraced Joseph Lamptey as Ghana's top referee after he was handed a life-time ban by FIFA for manipulating  a 2018 World Cup qualifier between South Africa and Senegal.

The young Ghanaian referee seems to be on the right path after exhibiting tremendous professionalism in the discharge of his duties over the past few years.

He has officiated several matches on the continent and hugely tipped to become an elite CAF A referee.

Laryea officiated at the 2017 WAFU Cup of Nations hosted by his native Ghana and the 2018 CHAN tournament in Morocco.

A product of Accra Academy and the University of Ghana, Laryea is becoming an enviable brand in Ghana.