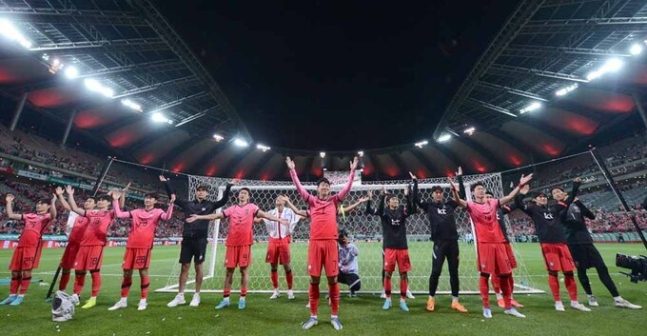 Asian giants South Korea are eyeing a round of 16 place at the 2022 FIFA World Cup despite finding themselves in a tough group.

South Korea have been drawn in Group H alongside Uruguay, Ghana and Portugal.

Their Portuguese manager Paulo Bento wants to lead his side to the next stage, having assessed the team in the group.

The Asian side open their World Cup in Qatar with a clash against inaugural winner Uruguay while Ghana takes on Portugal on the same day.

Their final game will be against a Cristiano Ronaldo led Portugal.

In 2018, South Korea stunned then champions Germany, but failed to progress to the next stage following defeats to Sweden and Mexico.