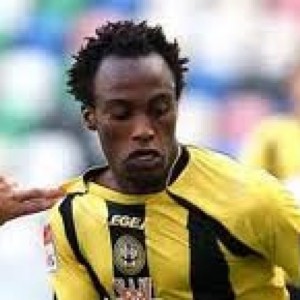 The 21-year-old moves from Portuguese giants Benfica on loan for one season.

The move was brokered by Servette coach JoÃ£o Alves who coached Yartey at Benfica's U19 side when the midfielder arrived from Accra.

The tactician confirmed the arrival of the talented Ghanaian player by saying: "We Yartey this season.

Yartey, who was on loan at Fatima and the Beira Mar, over the past two seasons, is happy to reunit with his former coach.

"JoÃ£o Alves was my first coach in Europe at the junior side of Benfica and he contributed to my development," Yartey said.

"He wanted to bring me to Servette last season, but Benfica wanted to keep me in Portugal.

"Servette is now in the top league and I was eager to come and Benfica also agreed. I'm happy.

"I love playing and scoring. I'm an attacking midfielder and I will give everything to Servette.

Servette were playing in the Swiss Challenge League, the second tier of Swiss football having been relegated from the Swiss Super League at the end of 2004/05 season.

However, they earned promotion to the Super League after defeating Bellinzona in a relegation/promotion playoff last month.