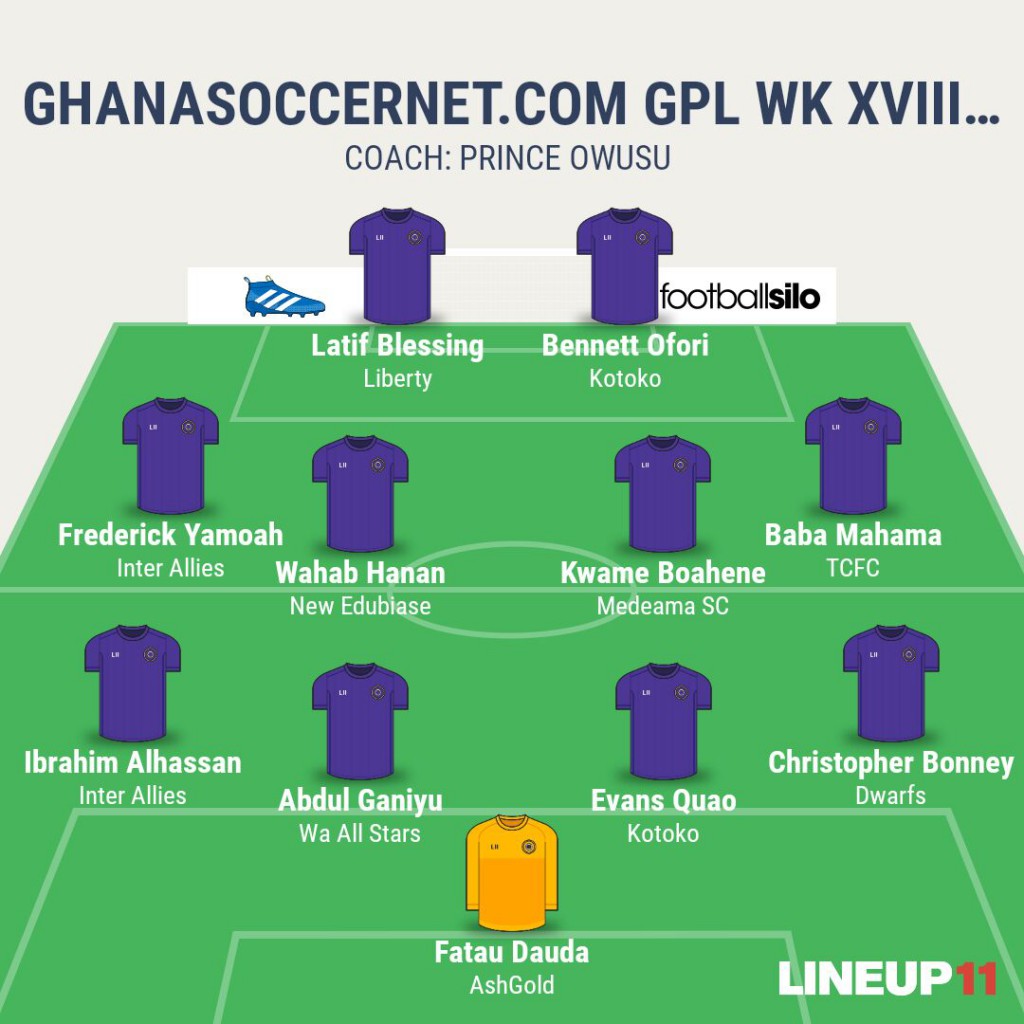 Both players secured a point each for their sides after travelling long distances.

Below is the Team of the Week: