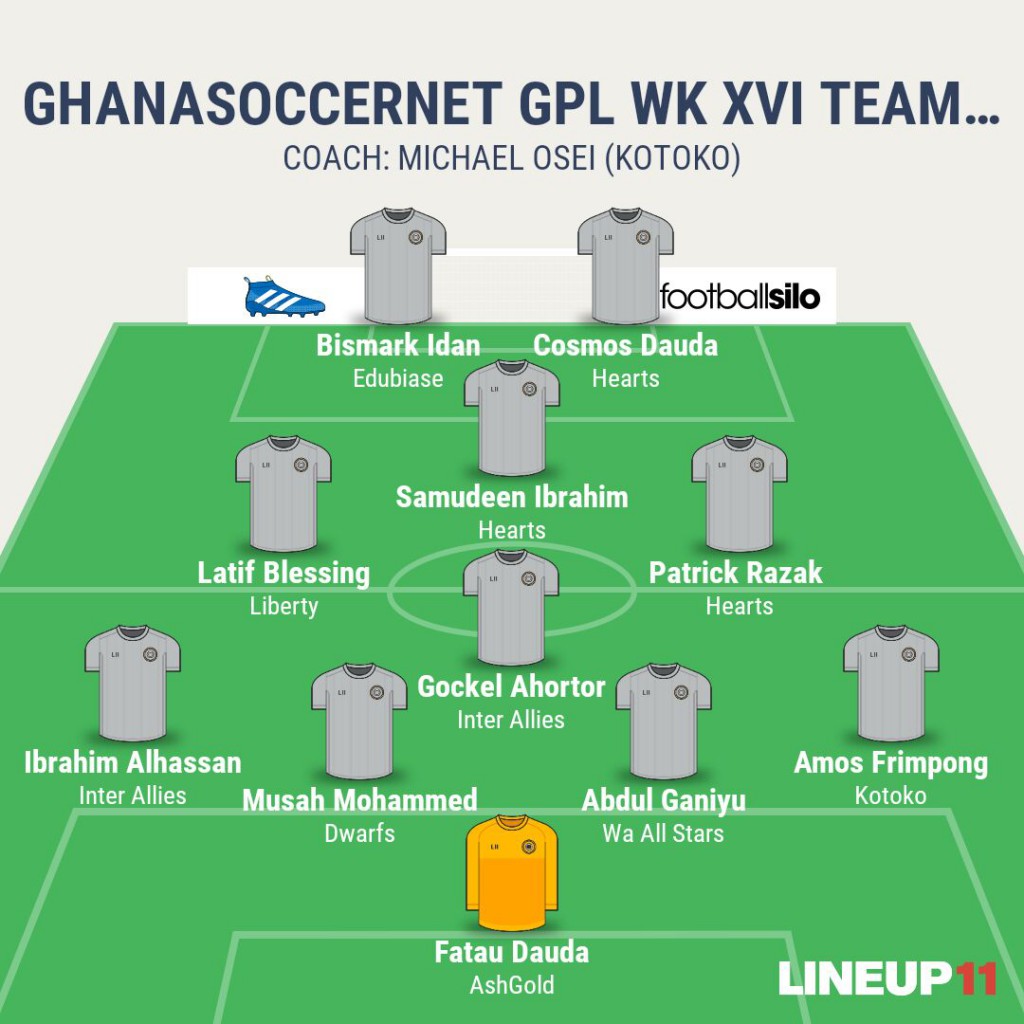 Accra Hearts of Oak dominates the GHANAsoccernet.com team of the week as the Ghana Premier League resumes for the second round. Week 16 saw only thirteen goals scored with AshGold goalie Fatau Dauda emerging the goalkeeper of the week pulling six great saves to deny WAFA from mauling the ailing Aboakese side.

For securing a draw away at Techiman, Asante Kotoko coach Michael Osei is the coach of the week with the system for the week being 4:1:3:2