Daniel Abaa on the rise

It seems the word "exciting" is frequently used when talking about emerging Ghanaian talent, and for good reason, so it is not hard to pick a youngster who fit that description.

Ghanaian domestic football is flush with interesting prospects, and MTN Ghana Soccer Academy Reality winner Daniel Abaa is a promising genius who is likely to become well-known to an international audience in the near future.

A starlet who is only just emerging above the horizon, the 17-year-old former Young Soccer Masters is one of Ghanaâ€™s next generation of attacking midfielders.

Though he is yet to play at the top level, he has shown Â enough to draw comparisons with Spanish great Xabi Alonso.

The former product of Ghana National College in Ghanaâ€™s rich culture region of Cape Coast, Â is capable of producing moments of magic with his flick passes and dribbles, but he is willing to track back to defend as well.

For a youngster who started playing the game at 6, Abaa, has produced the iconic holding pivot -the playmaker and creator paired with the defender and tracker having blazed the trail for an astute nurturing Glow Lamp Soccer Academy in Ghana, belonging to one of the countryâ€™s great Nii Odartey Lamptey.

He is a player with such an enviable technique and one who is determined to soar to the highest height of world football in the not too-distant future.

He is growing into his ambitious dream of becoming a top-notch professional and feels he can achieve his ultimate aim. 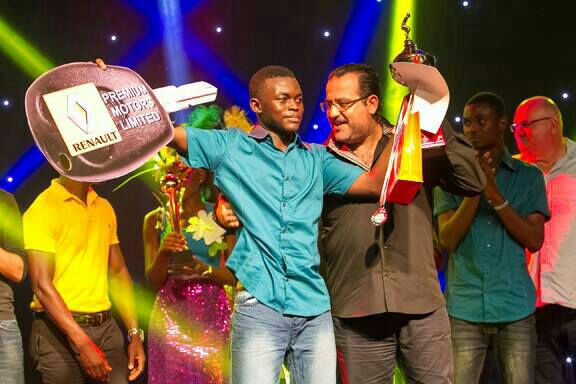 Daniel Abaa won the 2014 MTN Soccer Academy Reality show in Ghana
First time outside the shores of Ghana, Daniel describes the trip as an opportune one that every budding talent would love to explore.

But the paramount thing for Daniel is that there is a bright spot and a great ray of hope being shown on his path as player.

He is without a shade of doubt the next big thing to come out of Ghana's midfield which lies in his ability to give off the best and impact positively what he has learnt on and off the field of Play. 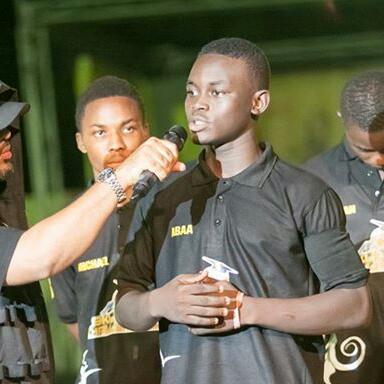 Daniel Abaa is a youngster on the rise
The pride of Bolgantanga where very few known soccer names have emerged, Daniel hopes to play in the English Premiership with giants Manchester United his preferred destination.

He was invited to the National Under 17 team after the successful Airtel Rising stars camp in South Africa where interestingly the young chap captained the Africa select side against several academies in South Africa.

Daniel Abaa was part of the Glo Dream Team made up of sixteen players; (ten Nigerians, four Ghanaians and two Beninoise that emerged at the end of the academy in February, 2013.

He later in that same year came and competed in the man soccer academy a soccer tv reality show organized by Metro Television where 500 players were short listed to 14 and housed , he displayed great soccer artistry at its best and for majority of his days in the house captained the team when they came up against several opponents and ultimately emerged the winner of the 13 weeks competition.

He is the youngster who brings the â€˜wowâ€™ factor in the game and deserving of every accolade that is thrown in his direction.

Accomplished on the ball, Daniel relies a great deal on his athleticism, and it is his ability to cover ground quickly that is thought to have initially attracted potential suitors.

Tackling is part and parcel of a midfielder's role, but Abaa's strength in the challenge, for one so young, has also won many plaudits.

The development of the youngster is deeply on course and believed to be nearing a call-up into the Black Satellites.