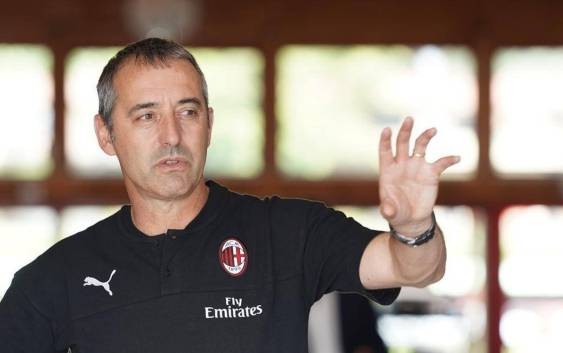 AC Milan’s attitude in responding to going behind against Inter in the derby has not been well received by coach Marco Giampaolo, who believes experience ultimately won the day.

The man in charge did not speak long after his side fell to a disappointing 2-0 loss to their city rivals on Saturday night at San Siro.

But he did highlight his displeasure with the second half display after Marcelo Brozovic’s deflected strike put the Beneamata in the driving seat and discussed what is currently setting the sides apart. “It is difficult to digest losing the derby. You have to know how to handle it personally without taking it out on others,” Giampaolo told the assembled media.

“Inter started the game well, with awareness. But we settled down after a quarter of an hour. The difference between us and them at the moment is experience.

“The balance of the game was interrupted after Brozovic’s goal. I didn’t like the reaction to that. We lost what we were trying to do. Each of us did things we shouldn’t have.”

The former Empoli boss also explained his reasoning behind deploying Suso in a more central role, albeit with little success for the Spaniard.

“He started in that position because I needed someone to get on the ball and play it in the middle,” he added.

“I also needed someone to run and I thought that having him inside closer to Krzystof [Piatek] would help with that.”