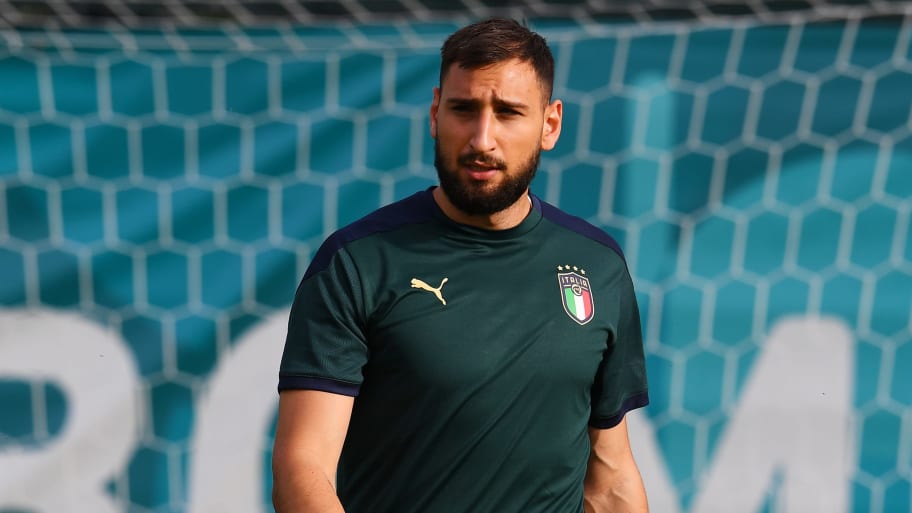 Italy goalkeeper Gianluigi Donnarumma is undergoing a medical ahead of a free transfer to Paris Saint-Germain after he opted to run down his contract with AC Milan.

Even at just 22 years of age, Donnarumma is already considered one of the best goalkeepers in the world and he will compete with and soon fully replace 34-year-old Keylor Navas in Paris.

Landing a goalkeeper like Donnarumma - who has remarkably been Milan’s number one since the age of 16 - without a transfer fee is seen as a huge coup for PSG, whose ambition remains to win the elusive Champions League.

Footage captured by Tuttomercatoweb showed the young stopper leaving Italy’s team hotel in Rome on Monday morning, with a mini-van waiting to wake him to a medical facility to undergo the necessary tests so that his move can go a step closer to being officially signed off.

Donnarumma is expected to earn around €200,000 per week for PSG over the course of a long-term contract. Milan’s only compensation will be for training him because of his young age and will be a nominal figure compared to what he would normally be worth under contract, with his deal officially expiring at the end of the month.

Once he has completed his PSG medical, Donnarumma will return to the Italy squad bubble as the Azzurri aim to win a first international trophy since the 2006 World Cup.

Victory over Wales on Sunday evening gave Roberto Mancini’s team maximum points in Group A, which has helped now make them one of the tournament favourites.

Italy have won their last 11 games in a row without conceding a goal and Donnarumma has started nine of them, only missing friendlies against minnows Estonia and San Marino. In addition to Euro 2020 games, that run has taken in UEFA Nations League fixtures and World Cup qualifiers.

This article was originally published on 90min as Gianluigi Donnarumma undergoes PSG medical ahead of free transfer.