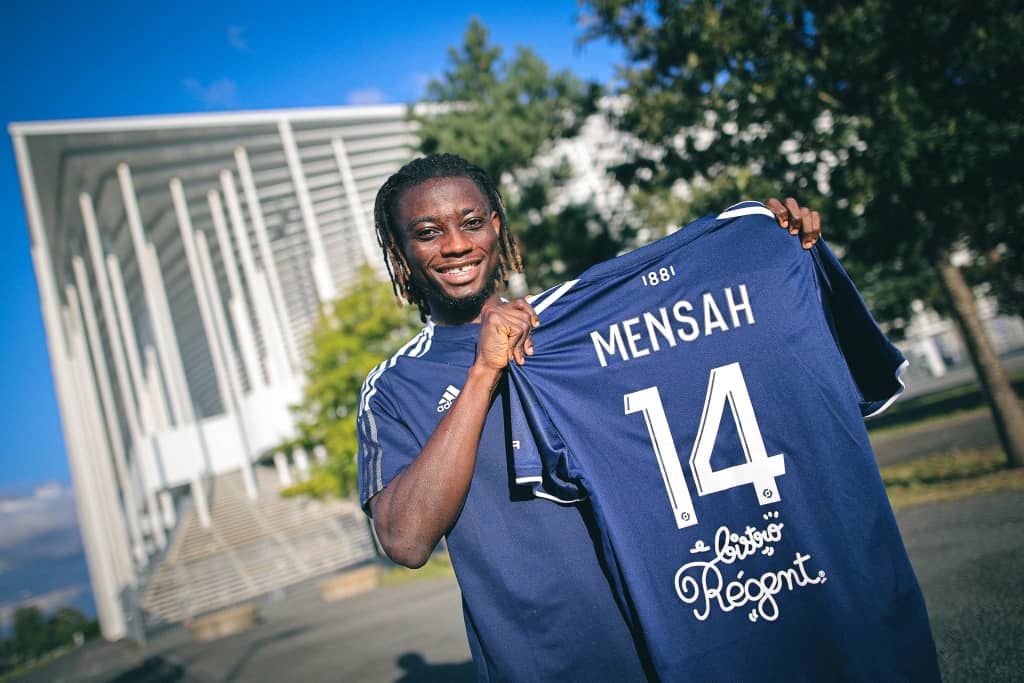 Ghana defender Gideon Mensah indicated his excitement on social media shortly after his move to Bordeaux was announced. 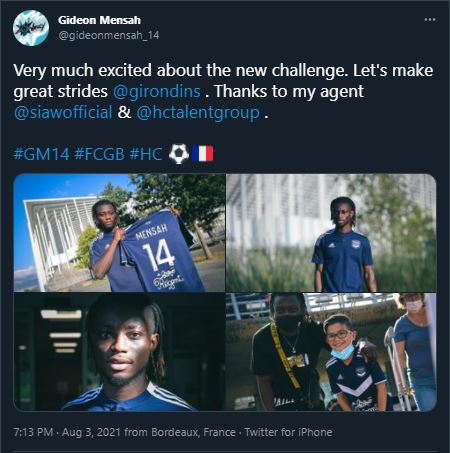 The French club have signed Mensah on loan from Red Bull Salzburg with an option to buy.

The 23-year-old is Bordeaux's first summer recruit and will wear jersey number 14.

The number became free following the departure of centre-back Vukasin Jovanovic in 2017.

It is his third loan spell since joining the Austrian giants from Liefering in the summer of 2019.

Mensah has spent the past two seasons on loan at  Zulte Waregem and Vitoria Guimaraes respectively.

The West African Football Academy (WAFA) product is a a regular member of the Black Stars since the appointment of Charles Kwablan Akonnor as coach of Ghana.

He played in the friendly defeat to Morocco in Rabat last month.