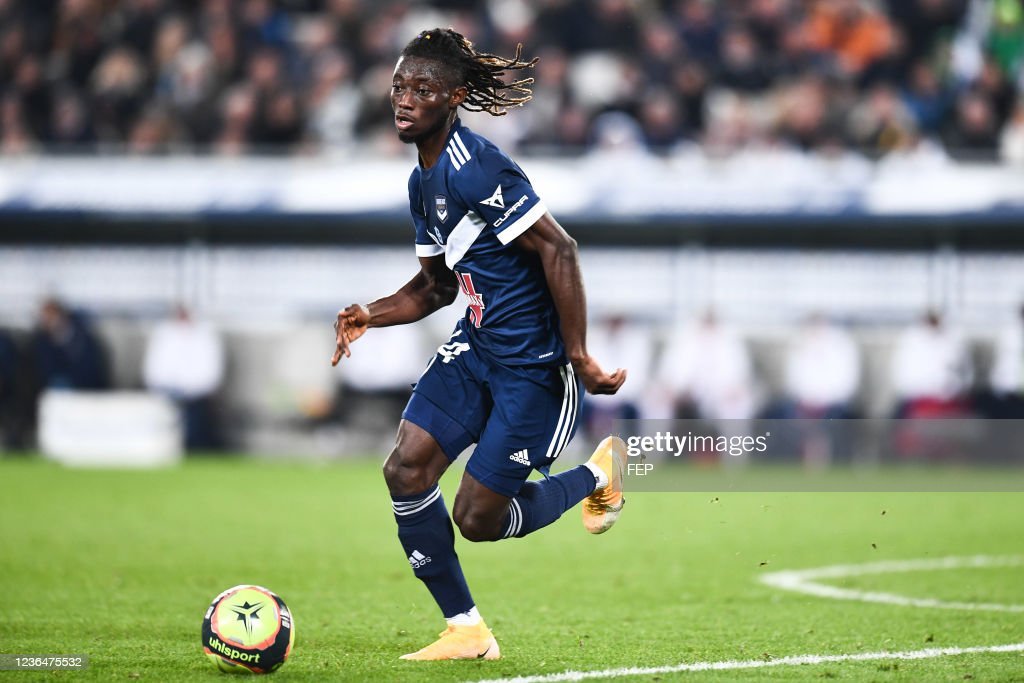 Bordeaux defender Gideon Mensah has been heavily criticized for his 'insane' career-ending tackle on Lorient forward Armand Laurienté following a goalless draw at the weekend.

The 23-year-old had only been on the pitch for eleven minutes when he threw himself into a duel with the forward.

The replay photos show Mensah hitting the Lorient midfielder's legs with outstretched legs and studs in front and the referee responded by showing him off.

The Ghana international has been criticised for the the horrific challenge which could have ended the career of the Lorient star man.

And SportExpressen columnist says Richard Hermansson has taken a dig at the Ghanaian.

"It is an insane investment by the jumper. He knows it himself but it does not make it okay to go in that way, Richard Hermansson exclaims in SportExpressen Play,"

"It is life threatening to go in that way. He can ruin his career if he wants to. He puts the studs in a place where the leg and foot bend in a way that looks serious."

Bordeaux is going through one of the darkest episodes in its history as their latest draw against Lorient all-but sealed their relegation from Ligue 1.