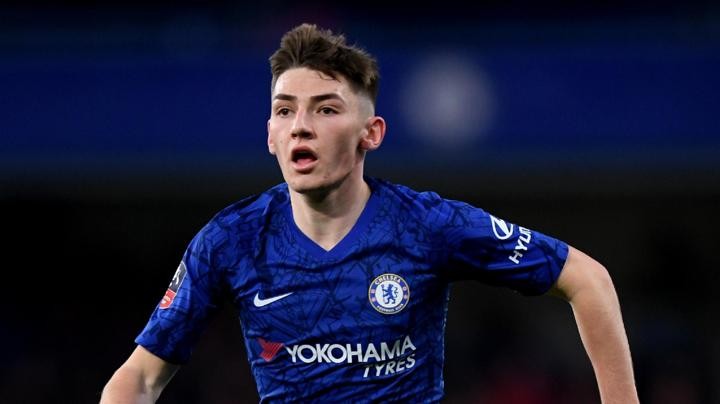 Chelsea have learned how to win without injured star N'Golo Kante due to the emergence of talented teenager Billy Gilmour, ex-Blues defender Gary Chivers believes.

Despite an injury crisis ahead of the coronavirus-enforced Premier League break, Lampard managed to win his last two games against Liverpool and Everton.

In both of those matches, Gilmour earned man of the match and Chivers, who works at Stamford Bridge on matchdays, was blown away by the 18-year-old midfielder's performances.

"I’ve not seen someone come in at that age in that role and be that effective," Chivers told Goal. "When you think of N’Golo Kante’s level, you think Billy Gilmour more or less produced that. He wants to join in with the attack as well as defend.

"When he came in against Liverpool, it was a tough game to come in for but he was so exceptional on the ball. The telling point was that his team-mates realised how good he was and they constantly passed him the ball. That’s how you know how good he is. He is an exceptional talent.

"I think they have now learned how to play without Kante now Billy Gilmour is on the scene. Jorginho and Kovacic have also played well together. Now Chelsea have someone who can defend and go forward at the same time.

"You wouldn’t think he was that young. It is like watching an experienced player, he plays it the first time and teams can’t get near him. It is obvious he is a good player."

Lampard may have his full squad back when football eventually resumes in Britain, with the Premier League optimistically targeting a return to action on April 30.

The likes of Kante, Christian Pulisic, Ruben Loftus-Cheek and Mateo Kovacic could return to help Lampard's push to qualify for next season's Champions League.

Chivers is particularly thrilled about seeing more of Pulisic and Loftus-Cheek following their long injury lay-offs.

"I am excited to see Pulisic back," he added. "With everyone fit, it is a hard job to get in the starting eleven. Loftus-Cheek has been so unfortunate with injuries. It has really stopped his career progressing at a faster pace really.

"When he has come in and played he has been outstanding but then he gets a niggle and misses a few months. This one was a big injury of course. His career is hurtling forwards then it stops again. He is clever on the ball, quick feet and he is as strong as an ox at holding it up.

"He gives the midfield and defence support by not giving it away. You just want him to have four or five months clear of injuries so his career can progress rapidly again.

"When they are all fit like that it provides a great headache for Lampard to have. All the players fit will all want to play and play for the shirt. He has got a hard decision to make when that first game comes.

"I think Frank will be trying to get all the trophies it will be all out for the FA Cup but the most important thing is the top four spot to get in the Champions League. They have got every chance of doing that."