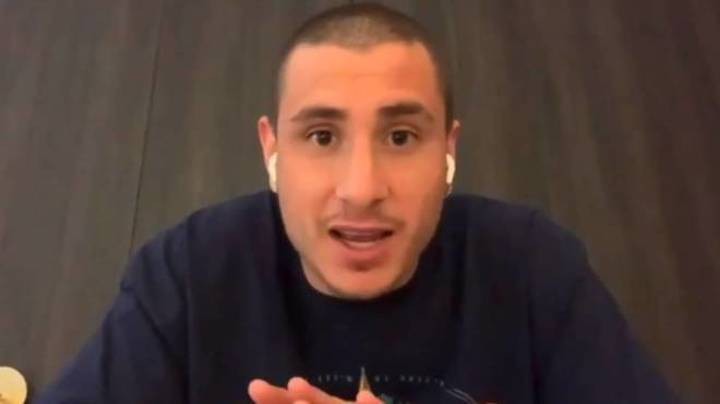 Jose Maria Gimenez believes that Atletico Madrid's status as underdogs helped them to raise their performance and progress at Liverpool's expense.

Los Rojiblancos won both legs of their Champions League last 16 tie before the season was suspended, surprising many.

"I thought we were going to go through and even more so after the game at home," Gimenez told Atletico Madrid member Diego Gonzalez, with whom he spoke on a video call to mark the youngster's 12th birthday.

"People expected us to go out and I think that was one of the things that motivated us more than anything else to play the game.

"We've had hard times, but we never give up.

"We trusted ourselves and fought with the strength we took from those people."

Gimenez delved even deeper into his pre-match thinking as he took more questions from the young fan.

"The night before I remember a lot of anxiety," the defender revealed.

"There was nervousness because we knew it'd be a very difficult game.

"They showed that in Spain.

"They had the ball all the time, but we were controlled and knew we'd have a hard time.

"But we have an incredible squad and a very young team, which gives us a lot of strength."