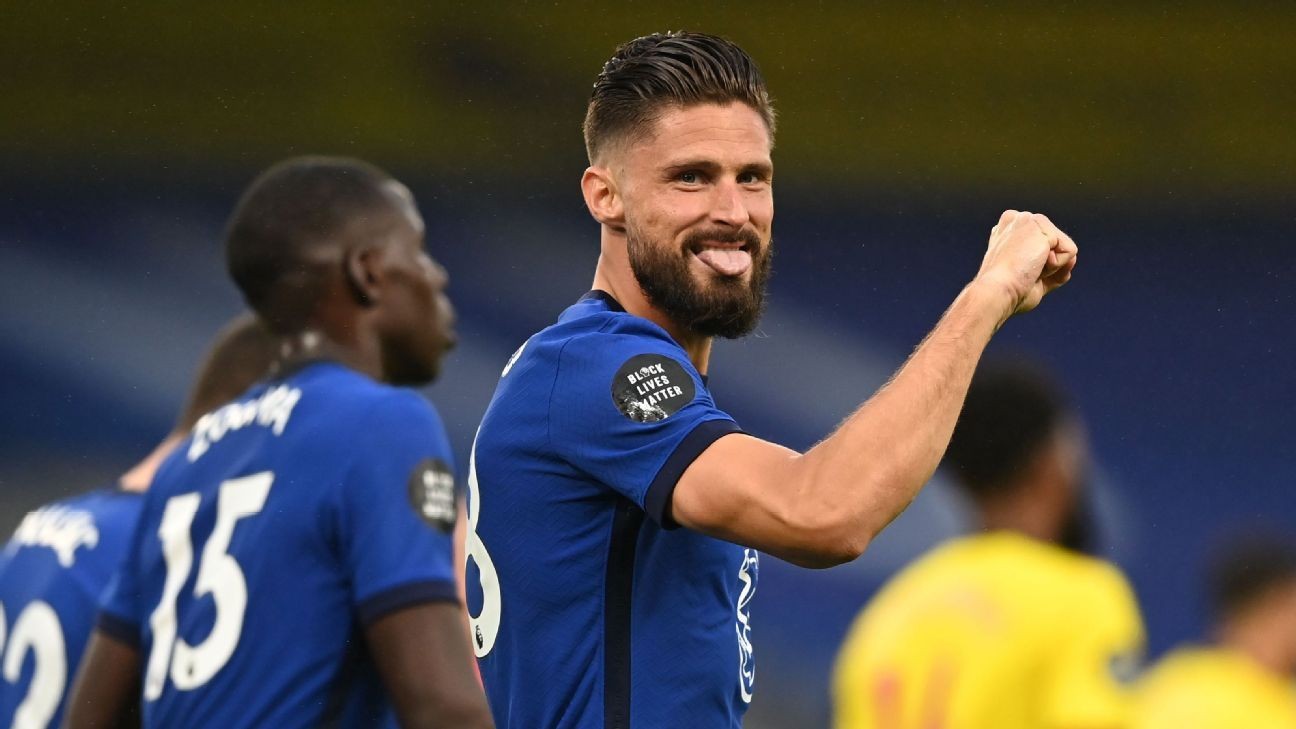 The world is a different place for all of us these days, but Tammy Abraham still probably can't believe how his professional life has changed in the space of six months.

Abraham began the calendar year with his 16th goal of a breakthrough season for Chelsea and England in a 3-0 home win against Burnley. The 22-year-old had exceeded all expectations in leading the line for the Blues after loan spells at Bristol City, Swansea and Aston Villa to the extent that by March, he became the first player ever to win Premier League Player of the Year and Young Premier League Player of the Year in the same season at the London Football Awards.

The coronavirus pandemic afforded him time to recover from a nagging ankle problem that curtailed his involvement prior to the lockdown, and a prolonged spell back in full training seemed to leave him primed for the resumption.

Yet time and again, head coach Frank Lampard has hinted at his frustration at a lack of clinical finishing throughout his first season in charge and that led to Chelsea signing Timo Werner from RB Leipzig in a clear challenge to Abraham's future prospects. And to make matters worse, Olivier Giroud began the restart as first choice and continues to seize the moment, scoring the opening goal on Saturday night in a comfortable 3-0 win over Watford that corrected a ship that veered off course in defeat at West Ham United last time out.

Abraham has started just twice since football returned -- against Leicester in the FA Cup and in the 3-2 league loss at the Hammers on Wednesday -- and he mustered one off-target shot in those two games. That goal against Burnley on Jan. 11 remains the last time he scored. He was dropped here as Lampard made four changes from the team that lost to West Ham, which sent a pretty clear message that any drop in standards will not be tolerated after an otherwise superb flurry of results.

Giroud's goal came with a smart left-foot finish, completing a slick move involving Mason Mount and Ross Barkley. It was Giroud's fourth goal in his past seven league games, more than he managed in the previous 38 appearances.

Werner's impending arrival will inevitably sharpen minds among Chelsea's crop of forwards, and Abraham must now respond in the same manner as Giroud. The France international was close to leaving the club in January as game time was limited with Abraham preferred, but Chelsea's failure to sign a striker that month left Lampard reluctant to part with Giroud, who had remained focused and professional throughout a palpably turbulent period.

Giroud attracted interest from Tottenham and Internazionale with a summer move seeming inevitable, yet in April the club exercised an option to extend his contract by a further year. Both the Blues and Giroud have benefitted immeasurably. The big-money acquisitions of Werner and Hakim Ziyech have set pulses racing over what could be possible at Stamford Bridge next season, but keeping Giroud and Willian for this coda to the 2019-20 campaign is looking almost as shrewd.

Willian netted from the spot for the third league game in a row, converting after Etienne Capoue brought down Christian Pulisic in the box. It was reward for Chelsea's assertion of authority, responding to Lampard's call for renewed focus with a more purposeful display than they delivered three days earlier. Pulisic continues to thrive alongside Willian, who now has more goals and goal involvements -- nine goals and five assists -- in the League this season that in any other campaign since he joined the club from Anzhi Makhachkala in 2013.

That consistency is all the more impressive given the 31-year-old's contract saga rumbled on throughout the campaign to the point of expiry. He has agreed to see out the season but will leave at the end of the month as things stand. Lampard wants Willian to stay at the club and talks are ongoing, but the sticking point for months has been length -- the winger wants three more years, Chelsea will only offer two -- and that stalemate persists. Performances like this only strengthen Willian's case.

Here are the top 100 players and managers in men's soccer, as rated by our experts.

The Brazilian departed for the final 14 minutes here as Lampard opted for a triple change to freshen up the home side during a second half in which Watford probed for a route back into the match, substitute Danny Welbeck missing their best chance late on when sent through as his right-foot shot was saved well by Blues goalkeeper Kepa Arrizabalaga.

One of those introduced at this point was Abraham. This brief cameo was chance to upset Giroud's status as first choice and a further reminder that Lampard is not exactly indulging Abraham, a particularly significant attitude against the backdrop of ongoing contract negotiations. The England striker has two years left on his deal and although an agreement seemed close earlier in the season, sources say the situation is fluid.

Chelsea regained their sharpness, but it was Barkley who added the full stop to this display, firing home left-footed from Cesar Azpilicueta's cross in stoppage time. Abraham had little to feed off, hinting at his eagerness to score when engaging in a robust conversation with Barkley over who would take a penalty as VAR checked another Pulisic tumble in the final 10 minutes. No foul was given and so the opportunity never came Abraham's way. He must take the next one that does.