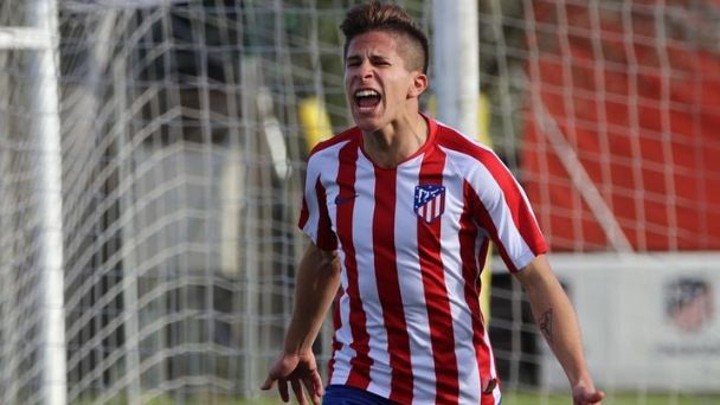 Giuliano Simeone, Diego Simeone's youngest son, has hit the ground running since joining Atletico Madrid's academy in September 2020, rising through the youth categories and making his B team debut in a matter of months.

Giuliano signed initially with the intention of playing a mixture of Division de Honor (U18) and Liga Nacional (U19) football, but, despite having only turned 18 in December, the forward is already playing senior football.

The former River Plate youth player scored 13 goals in his brief time in Spanish youth football and on Sunday morning made his debut for Atletico's B team in Segunda B.

Starting up front with Sergio Camello, Simeone opened the scoring against Poblense after being set up by his strike partner.

The match finished 1-1 but it is clear that the youngest Simeone brother has a bright future in the game.