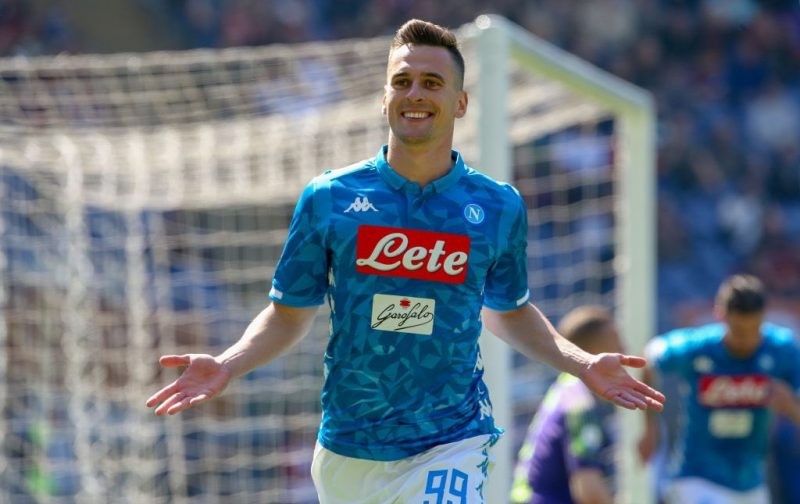 Napoli sporting director Cristiano Giuntoli confirms Arkadiusz Milik is more likely to leave than extend his contract with the club.

The Partenopei have impressed under the tutelage of Gennaro Gattuso since the restart, winning the Coppa Italia and four of five Serie A matches – the latest being a 2-1 victory over Genoa on Wednesday.

One question that still remains is the future of Milik, with Giuntoli confirming before the match that the Polish striker is more likely to leave than extend his deal with the Partenopei.

“Juve are interested? I don’t know about that, but I wouldn’t be surprised since he is very good,” he told Sky Sport Italia.

“Is he more likely to be sold than extend his contract? At this time  yes.”

Giuntoli was also asked about Lille striker Victor Osimhen, who appears close to joining Napoli, though those reports were played down.

“There are no talks, though Osimhen is a very interesting player,” he added.

“We don’t have an agreement with his club or agent. We are in the running, as are several other clubs.”