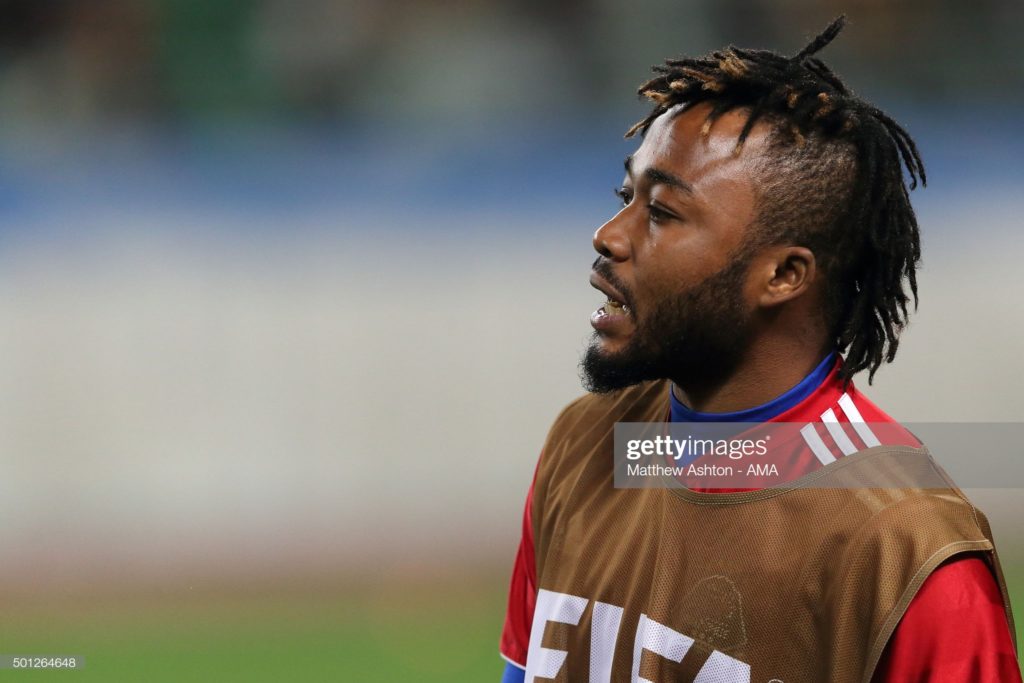 I started playing football at a very early age. My godfather was the late Smart Agyare (may he rest in peace) manager of my first juvenile soccer team.

I was watching my peers play soccer around the community especially during school vacations from the early morning till somewhere late in the evening.

One Sunday afternoon from church, upon seeing my friends playing, I asked whether I could join in and fortunately I got a positive response.

I was 8 years and they were about 2 or 3 years ahead of me. So I went and played with them and I was quite good. My godfather (the late Smart Agyare) saw me and said he wanted me to join his colts team – Young Hearts F.C in Nungua-Accra.

To my parents especially my dad, he felt I could do something in football though I was relatively small that time, he didn’t refuse the coach’s decision to join him.

I was so happy to play there because at that time, the side was the best team in Nungua and fortunately for me, that’s when I learnt how to use soccer boots for the first time (smile).

When I was 10, I started training with the U17s so when I look back at those days it was very good because I met my best friends there and they are still my best friends now.

The likes of Samudeen Ibrahim (Vision F.C) and Emmanuel Dogbey (Sweden) were my colts mates I can smartly recall.

I had the privilege to join a primary school on a scholarship because my late godfather was then the sports teacher of the school – Divine Gift Preparatory School (Nungua).

Consequently, breaking into the school team wasn’t a problem because he doubled as my coach as well.

A year or two later, there was a justify your inclusion match which was organised by Ajax in Holland which had their representatives here in Ghana.

I played in the tournament and was picked by the scouting team. At that young age, I had to leave my colts club and my parents to join them.

At the Ajax Academy, it’s a combination of football & studies and the players I remember meeting during my stay there were Mubarak Wakaso, Daniel Opare and Saddick Adams.

From the Ajax Academy I joined All Stars F.C in 2006 where I spent 2 years before signing for my first local Premier League side, Kpando Heart Of Lions.

In 2009 before the U20 World Cup in Egypt, Inter Milan, then managed by Jose Mourinho, handed me a one week trial with the first team squad where I trained with the likes of Zlatan Ibrahimovic, Diego Milito, Samuel Eto’o, Goran Pandev, Sulley Muntari and co.

After the trials at Inter Milan, I was told both Tottenham Hotspur and A.S Monaco have also handed a week trial so I visited both clubs and had the trials with them.

Personally I failed to land a deal with any of the side not because of my performance but because of failed agreement between my former manager and agent.

It was quite a disappointing time for me, family and some close friends that time but on the other side, I felt such things are meant to happen in life especially in football.

After the failed move to join any of the side’s, I was fortunate enough to be part of the victorious U20 side that won Gold for Africa and Ghana to be precise whilst I was with Spanish division side, Recreativo De Huelva.

I was an unused substitute in our final game versus Brazil which we won 4:3 on penalty shootouts.

I later joined Berekum Chelsea in the 2011-12 season after they had won the Ghana league but played in the champions league where I had the best moments in my football career which saw me joining Congo giant, T.P Mazembe.

So far, T.P Mazembe is the side I’ve achieved a lot of trophies/accolades as far as football is concerned as I won the:

I spent 5 years with T.P Mazembe before joining Phoenix Rising Football Club in U.S.A where I also won the Western Conference Final.

I’m currently with Accra Great Olympics and this wouldn’t be my last destination in football though (smiles).