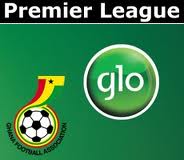 Telecommunications giants Globacom have made part payment of the sponsorship fees owed the Ghana FA for the Premier League.

The payment comes at a crucial time where clubs are in feverish preparations towards the start of the new Premier League season to commence on October 7.

Supporters of the various clubs have also been agitated by the numerous postponement in honouring the payment schedule of the leagueâ€™s headline sponsor.

However, the supportersâ€™ planned demonstration to register their dismay is expected to be put off with the payment made by Glo.

â€œThe payment has been made at a very crucial time where clubs are preparing for the new Premier League season.

â€œAnd with this payment clubs will be able to make recruitments and pay players well so we have a competitive season come October 7.â€

The exact amount paid is yet to be made public.

Glo are to make $3m per year payment to the Ghana FA for being the headline sponsor of the Ghana Premier League.