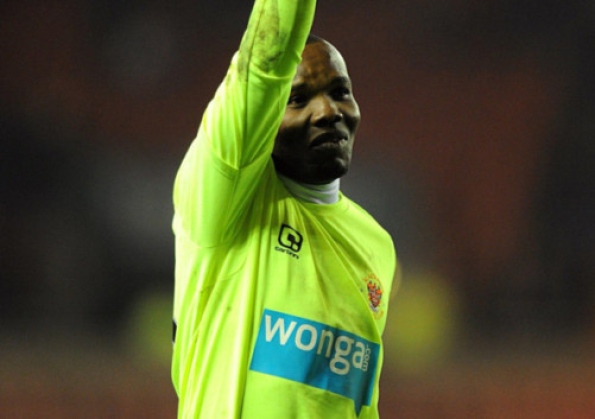 Ghana goalkeeper Richard Kingson will earn a historic 90th cap if he is fielded in Friday's Africa Cup of Nations qualifier against Swaziland.

The ex-Blackpool and Wigan Athletic gloves man has enjoyed an incredible long-standing 15-year stint with the Black Stars after his debut at the 1996 Nations Cup in South Africa.

The experienced goalkeeper has tasted a topsy-turvy run in his career in recent times after he was heavily criticized following blunders against Congo and South Korea.

Kingson was outstanding for Ghana at the 2010 Fifa World Cup finals in South Africa.