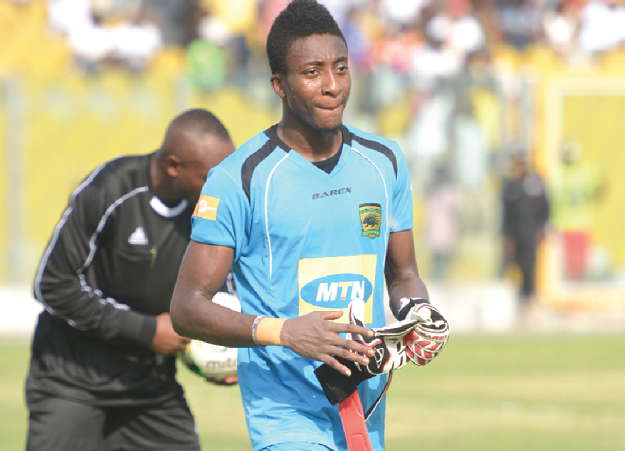 Ghana goalkeeper Felix Annan has opened up on his lowest point as a player of Asante Kotoko.

Annan until recently was the first choice safest pair of hands for the Porcupine Warriors.

Despite being arguably the best goalkeeper on the local scene before losing his position to second-choice Kwame Baah, Annan says the two blunders he committed against bitterest adversaries Hearts of Oak during the 2017 [email protected] Anniversary Cup match was his lowest point at the club.

Annan failed in his attempt to dribble past Kwame Kizito as well as failing to communicate with his defenders which gifted Thomas Abbey the chance to double Hearts of Oak's lead before Patrick Razak added icing on the cake as the Phobians won the game 3-1.

"I quite remember [during] Luga’s time we had played seven games and I had conceded only one goal," Annan told myfabulousonline.com

"We had a game in Accra against Accra Hearts of Oak and I was going to do Ronaldinho and Kizito had the ball which he scored."

Meanwhile, all football activities in the country have been suspended due to the Coronavirus outbreak.

The Ghana Football Association (GFA) is expected to decide the fate of the 2019/20 league season by June 30.

The Premier League was at its match week 15 stage when it was halted with Aduana Stars leading the table with 28 points.