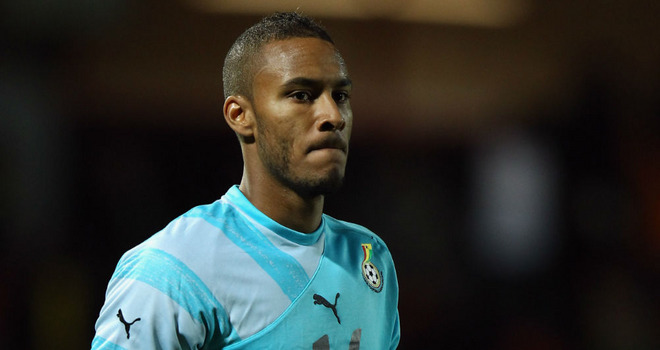 Goalkeeper Adam Larsen Kwarasey joined the Black Stars in training on Saturday ahead of next month's 2014 World Cup qualifiers.

The Stromsgodset has missed five days of training at the Accra Sports Stadium with the Norwegian League underway.

Clubs are only willing to release players 14-days before a FIFA sanctioned match.

The 24-year-old-who was Ghana's first choice at the 2012 Africa Cup of Nations-will be between the sticks against Lesotho on June 1.

Kwarasey has helped Stromsgodset to the summit of the Norwegian league table after 11 rounds of matches.

He has conceded 13 goals so far.

Also, striker Emmanuel Baffour has returned from trial in Turkey and was in training for the first time.