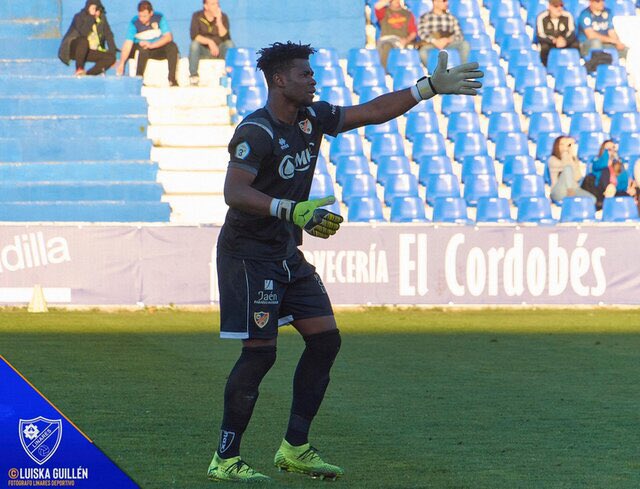 Goalkeeper Razak Brimah will play in the Spanish Segunda B this season after his side Linares Deportivo were promoted to the third-tier.

Linares Deportivo finished on top of their group and they were the third best team in the whole of the Division.

They amassed 75 points; 27 more than closest challengers El Ejido after 29 matches in Group 9 before the 2019/20 season was truncated due to the coronavirus pandemic.

Brimah had an impressive debut season and was named the best goalkeeper in the Tercera Division after conceding just 13 goals in 25 league matches.