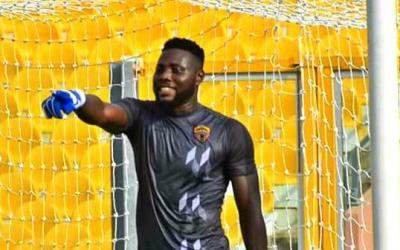 Attah says it's been long time since the Phobians last lifted the Ghanaian championship and is ready to help the club to end the league droughtiness.

Hearts of Oak have not been able to clinch the Ghana Premier League title since they last won it in 2009.

"It is my dream to win the league with Hearts of Oak and go to Africa with the club," he told MoTV.

"These are two of my biggest dreams I want to achieve with Hearts of Oak.

"We go one step at a time and my immediate target is the league.

"It has been long Hearts won the league as we all know and I will love to win the league first."

The 25-year-old shot stopper joined the Phobian club in December 2019 after his contract with Elmina Sharks FC had expired.

Attah made 12 appearances with 6 clean sheets and conceded 8 goals in the 2019/2020 Ghana Premier League campaign.

His exploits earned a call-up to the Ghana national team for the very first time for a 2021 Africa Cup of Nations qualifications.