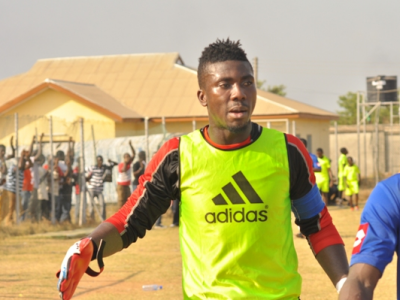 Goalkeeper Stephen Adams has rescinded his contract with Great Olympics just 24 hours after joining the club.

The former Aduana Stars safest pair of hands confirmed signing a one-year deal with the Wonder Club on Friday.

However, reports from Kumasi-based radio station FOX FM indicate that the 35-year-old custodian has terminated the contract.

The decision was taken as a result of negotiations disagreement on the player's salary.

Great Olympics are reported not to have met the figure demanded by the former Ghana international and the player has taken a swift measure to have the contract terminated.

Adams left Ghana Premier League giants to join Zambian side Nkana FC on a three-year deal on a free in 2017.

However, the 2014 FIFA World Cup player had his contract terminated after just six months.

He was the first choice goalkeeper when Aduana Stars won their first Ghana Premier League title in 2010.

Adams was an unused substitute at the 2014 FIFA World Cup finals in Brazil.