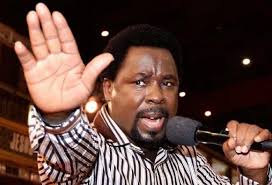 The Black Stars are desperate to end their title hoodoo at the 2019 edition of Africa's flagship football competition next month when the tournament kicks off in Egypt.

Kingston, who manages also coaches the second division club Emmanuel FC which belongs to the pastor, says the preacher man is capable of interceding on behalf of the national team to win the title.

He added that he has already spoken to man whom many of his followers believe has supernatural powers to make difficult things easy.

The former international, who attends the church of TB Joshua, says he is ready to lead the Ghana FA members to the church in Nigeria to help Ghana win the title, claiming he did the same with the Super Eagles of Nigeria six years ago.

''If the nation wants us to seek his help, I am ready to lead us meet him so he prays for us. I am confident he can and will help us win because he has helped others like Nigeria in 2013," Richard Olele Kingson told Oyerepa 100.7FM

"Ogenyi Onazi is one of his sons he is a pianist at the synagogue church so consulted him to help them.

"I have talked to him to help us that was before the qualifiers and so if a delegation from Ghana go to meet him,it will not be out of place because he can help." 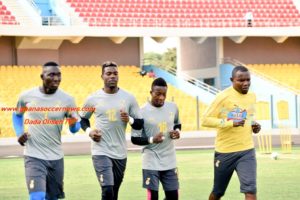 Richard Kingston (far right) is Ghana goalkeepers' trainer
Ghana's Black Stars are seeking to end the 37 years trophy drought in Egypt as the last time the country won Africa’s prestigious tournament was in 1982 in Libya.

The Black Stars defeated the host country [Libya] on penalties to lift the ultimate.

The technical handlers of the Black Stars have been charged to win the ultimate or will be shown the exit.