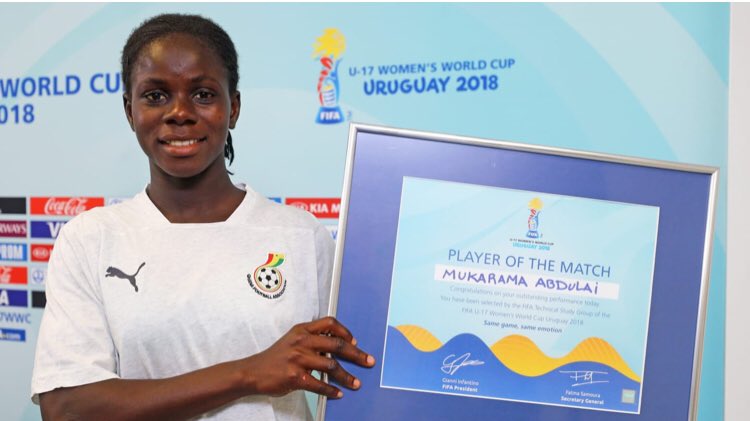 Black Maidens captain Mukarama Abdulai has insisted that Cristiano Ronaldo is the greatest player of all time.

The debate about who is the best player between Cristiano Ronaldo and Lionel Messi never seems to be ending anytime soon as both players have started the season fantastically well for their respective clubs.

Several football aficionados have given their takes on who dominates world football between the pair.

According to Abdulai, who emerged the top scorer and won the Bronze Ball after leading Ghana's female U17 women's team to the quarter final stage of the just ended FIFA U-17 Women's World Cup in Uruguay, it is the Juventus No. 7 who stands above his peers as the greatest player to have ever graced the green turf.

“I just like Ronaldo. I have nothing against Messi, but Ronaldo is just the best," Mukarama told Citi TV.

“He scores in almost every game, and he knows how to score. He is just there to score."

“I won’t need Messi in my team when I have Ronaldo. For me Ronaldo is the greatest,” she concluded.

Both players have each won the FIFA Ballon d'Or five times.