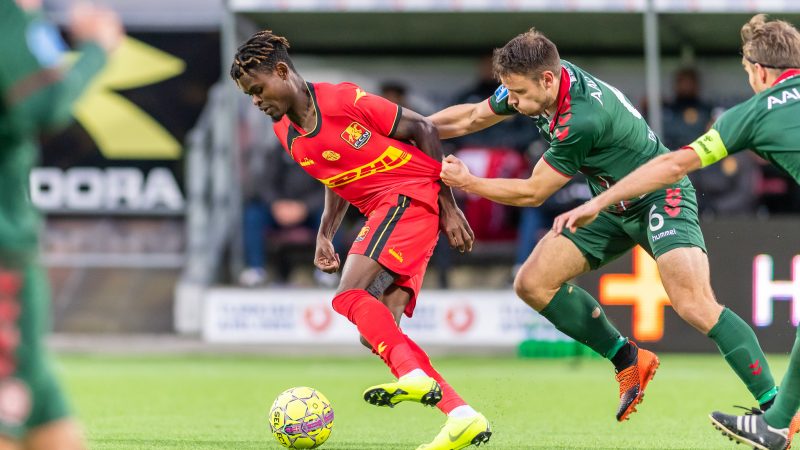 The 24-year old played a key role as the Wild Tigers thumped 3-0 to start the season on a good note.

The former Manchester City youth player created the opener for his side when he assisted Ulrik Yttergård Jenssen's opener in the 27th minute.

Compatriot Isaac Atanga doubled the lead in the 58th minute in a move that included another Ghanaian Abu Francis.

Mathias Rasmussen wrapped up the win with the third goal in the 84th minute, which was created by Donyoh.

Donyoh has been a key player for FC Nordsjælland since joining from Djrgardens IF in 2016.

The striker, who can also play on the flanks has scored 14 times in 43 games for the Danish club.