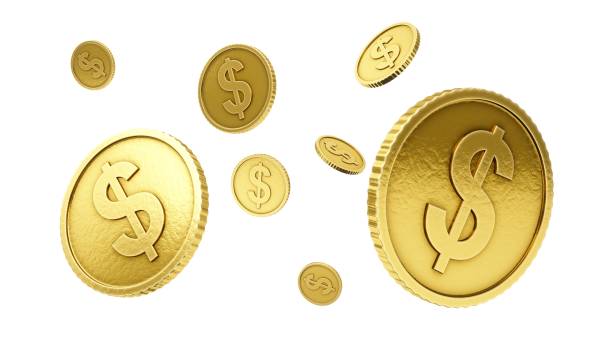 Gold coins have a long history, during which they have undergone a profound change. Until the 20th century, gold coins were used as a means of payment and exchange. Nowadays, they are mainly used for investment and collecting purposes. Furthermore, the shape, size and fine gold content have changed over time. It should be emphasized that gold coins have not lost their properties as a crisis-proof currency and store of value since their existence. Below are some of the most popular gold coins from around the world.

Gold coin as a means of payment

The Canadian gold coin has a fluted edge. It is available in several denominations. One gets it in the variants 1 ounce, ½ ounce, ¼ ounce, 1/10 ounce and 1/20 ounce. Furthermore, since 2014, the Maple Leaf has been available as a 1 gram coin. In Canada, the well-known gold coin is accepted as legal tender. Collectors have the choice between the stamp gloss, proof quality and Privy Mark.

The South African Krugerrand has been minted since 1967. It is one of the first gold bullion coins in the world and still enjoys great popularity today. The gold coin is accepted worldwide and is one of the best-selling bullion coins in the world. The Krugerrand coins are particularly popular in German-speaking countries. The coin is minted with a purity of 22 carats. And the remaining alloy portion is composed of copper, which provides greater stability.

The African gold coins have a fineness of 916,67/1000 and are available in 1 ounce, ½ ounce, ¼ ounce and 1/10 ounce varieties. The Krugerrand coin has a fluted edge. One can order the most popular coin in mint and proof quality. In normal mintage, the gold coin has 180 notches. And in proof quality it has 240 notches.

The American Eagle gold coin is a world-renowned and popular bullion coin. It has been minted by the United States Mint since 1986. The gold coin got its name because it features an eagle motif. On the coin you can see a woman, which is reminiscent of the Statue of Liberty. The fineness of the gold coin is 916.6/1000, and the alloy proportions of silver and copper result in a stronger color. One gets the American gold coin in the variants 1 ounce, ½ ounce, ¼ ounce and 1/10 ounce.

In 2001, the 1-DM gold mark was minted to commemorate the German mark. It is the only coin made of gold of this currency. The issuer of the gold coin is the Deutsche Bundesbank. In August 2001, the gold mark was available for 250 DM. It was so popular that it sold out in a short time. The gold coin is the same size as the 1 DM coin and weighs 12 grams. In addition, the fineness of the coin is 999.9/1000. Buyers received the gold coin with a certificate. On the obverse side, the value number one can be seen between two oak branches. On the reverse side of the coin is a federal eagle.