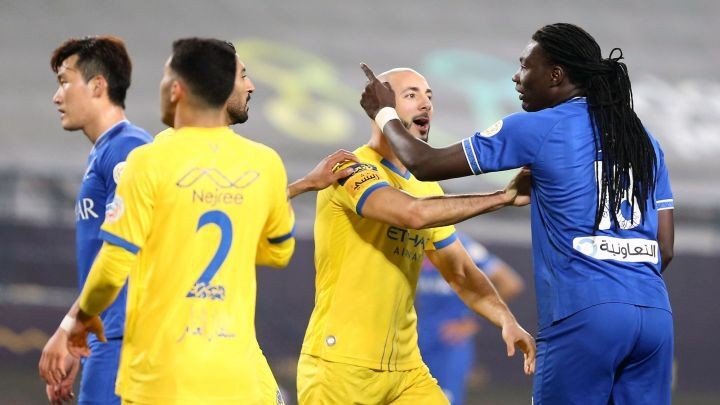 The highly ranked striker in the Saudi pro league said he was happy with the support he has been receiving since arriving at Al Hilal, a team he likens to PSG.

Al Hilal's French marksman, Bafétimbi Gomis, spoke on how happy he is to have made the decision to join the Saudi Pro League giants, noting that Al-Hilal are like PSG in France in terms of power and status.

"The successful career of any player depends on several factors, when I received Al Hilal's offer I was 33. At this age, the financial part is important. To any player, football is the priority, family, and then the financial part, and Al Hilal provided me with all of this." Gomis said to So Foot.

"Al Hilal is a huge club unlike what people in Europe think. We are like PSG in France as all teams want to defeat us," he continued.

The 35-year-old striker won the AFC champions league title with his side asserting that his decision to join Al Hilal was completely right. "The team spent a long time without winning ACL and we managed to win the title recently. Now, three years after my arrival at Al Hilal I believe that my decision was right."

Gomis also lauded Saudi Arabia describing it as a beautiful country with a great heritage, adding that people there are very generous.

He pointed out that the Saudi competition resembles the Turkish one to an extent, noting that Saudi football just lacks some experience to shine on the international level.

As for his goals, Gomis commented: "My target is to score at least 20 goals this season and help my teammates. I think that I can still play for two or three more years, but what's more important is to enjoy as much as possible."