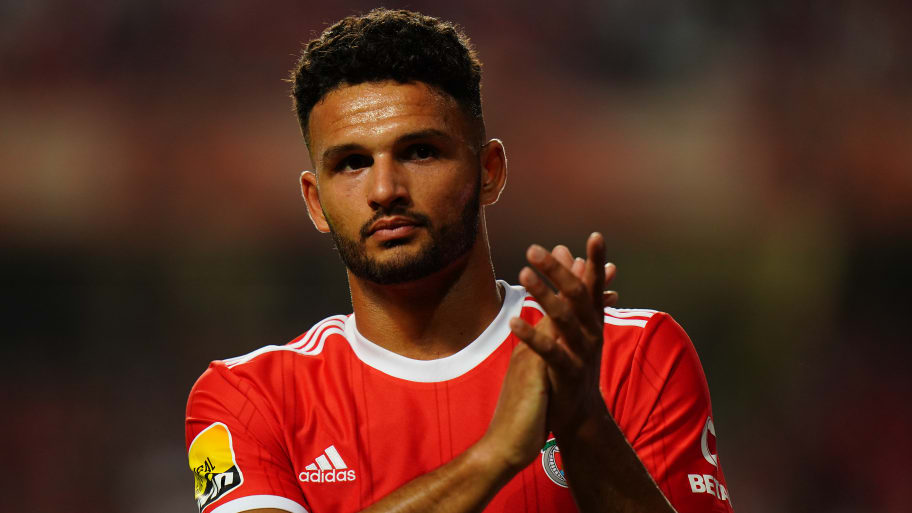 Benfica forward Goncalo Ramos has opened up on recent transfer speculation linking him with a move to the Premier League.

The 21-year-old enjoyed a prolific second half of the campaign for the Portuguese outfit last season, while he netted a hat-trick for his side in their 4-1 victory over FC Midtjylland in Champions League qualifying earlier this month.

90min revealed earlier this week that the Benfica man is attracting interest from England, with Newcastle and Nottingham Forest having already held talks over a possible deal. Crystal Palace, Everton, Leeds, West Ham and Wolves, as well as Ligue 1 champions PSG, are also monitoring his situation.

And Ramos responded to questions over his future in Portugal after netting in his side's win over Casa Pia at the weekend.

"I'm at Benfica, I'm fine, we're playing well," said Ramos. "What matters to me is Benfica."

Sources close to the situation believe Benfica are seeking a fee of around £30m for his services, with the Portuguese outfit having already sold Darwin Nunez and Everton Soares this summer.

Newcastle boss Eddie Howe was quizzed on whether he was keen to further strengthen in the transfe market, saying: "As I’ve said many times, we’re looking. We are aware that there are certain parts of the squad that we’d love to strengthen and give us more options.

"But that’s no reflection of anybody we currently have in our squad because I think we’ve shown that we love everybody within the group. There’s a very good feeling internally, within the dynamic of the team, so we desperately don’t want to harm that either."


This article was originally published on 90min as Goncalo Ramos responds to Premier League transfer speculation.