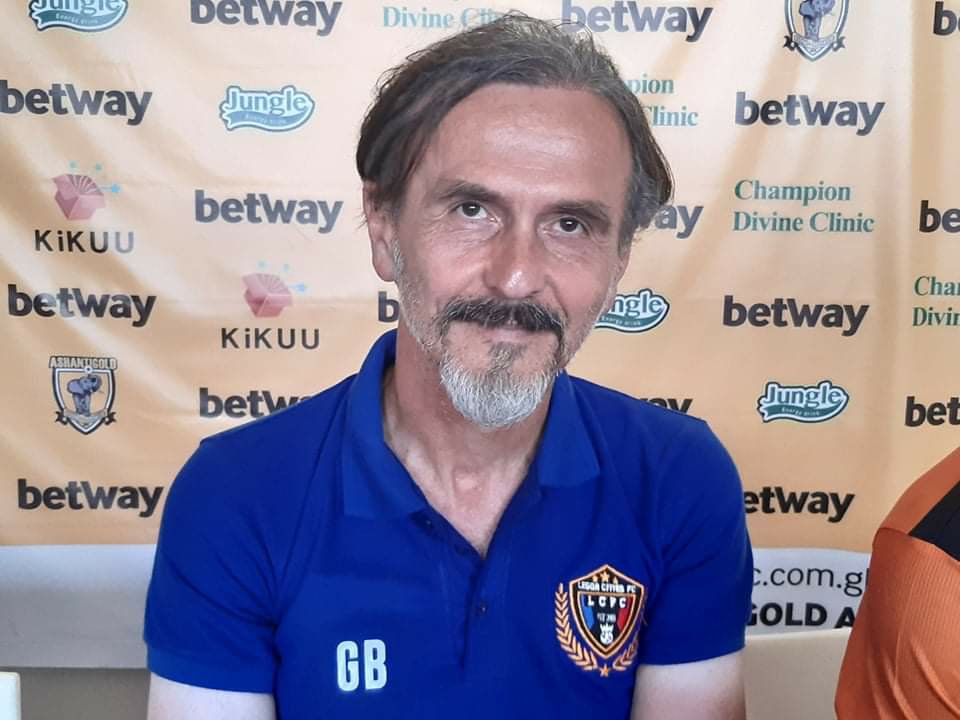 Legon Cities FC head coach Goran Barjaktarevic says he would have wanted the 2019/2020 Ghana Premier League season to continue but is pleased with the decision to cancel it.

The Ghana FA Executive Council on Tuesday reached a decision to annul the top-flight amid the coronavirus crisis.

Football activities have been halted since mid-March after the government imposed ban on social or public gatherings in fight against the widespread of the deadly pandemic.

The German-Bosnian trainer claims he wanted the remainder of the season to go ahead.

"I would rather have continued the season and played the remaining 19 games. But if the football association has decided so, then it's ok," he told GHANAsoccernet.com

Legon Cities were sitting at the 15th position on the league standings with 16 points, just a point away from the relegation zone after 15 games.