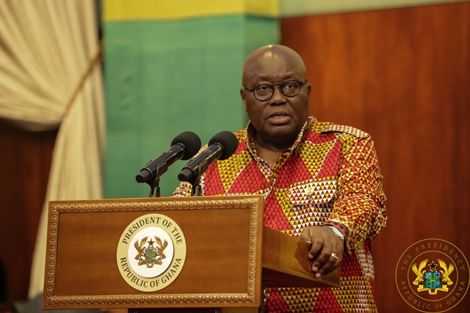 In a move that would impact football in Ghana, President Nana Akufo-Addo has banned sporting events, public gatherings and ordered the closure of all schools and universities in a move to stem the spread of the coronavirus pandemic.

The measure takes immediate effect and will last for the next four weeks, the government is taking the strong measure to avoid the deaths associated with the deadly disease.

The announcement means that Ghana's football matches in the various leagues will be affected by the government directive.

Earlier on Sunday afternoon, health authorities announced that six cases of the disease have been recorded in the country within a period of less than 48 hours.

On Sunday evening, in a televised address the President ordered the closure of all educational institutions with effect from Monday, March 16, 2020.

“All universities, Senior High Schools and Basic Schools, i.e. public and private, will be closed from Monday, March 16 until further notice,” the President said.

He also ordered the suspension of all public gatherings for the next four weeks.

These public gatherings include conferences, workshops, funerals, festivals, political rallies, sporting events and religious events such as services in churches and mosques.

The President said, however, that private funerals will be permitted if there are no more than 25 people in attendance.

Even though educational institutions are being closed, pre-tertiary students that have already registered for basic and secondary school exams will be allowed to attend revision classes.

The President further asked school authorities to ensure that these classes are conducted in hygienic conditions with appropriate "social distancing" between attendees.

"These are not ordinary times," the President said, as he urged citizens to co-operate with health authorities to help with contact tracing and "community spreading."

"Let us all put our shoulders to the wheel," he admonished, adding, "I am confident that together we shall overcome this challenge."

The President also announced that in the coming days, the Attorney General, Gloria Akuffo, will place emergency legislation before Parliament to help enforce all the measures he has announced.