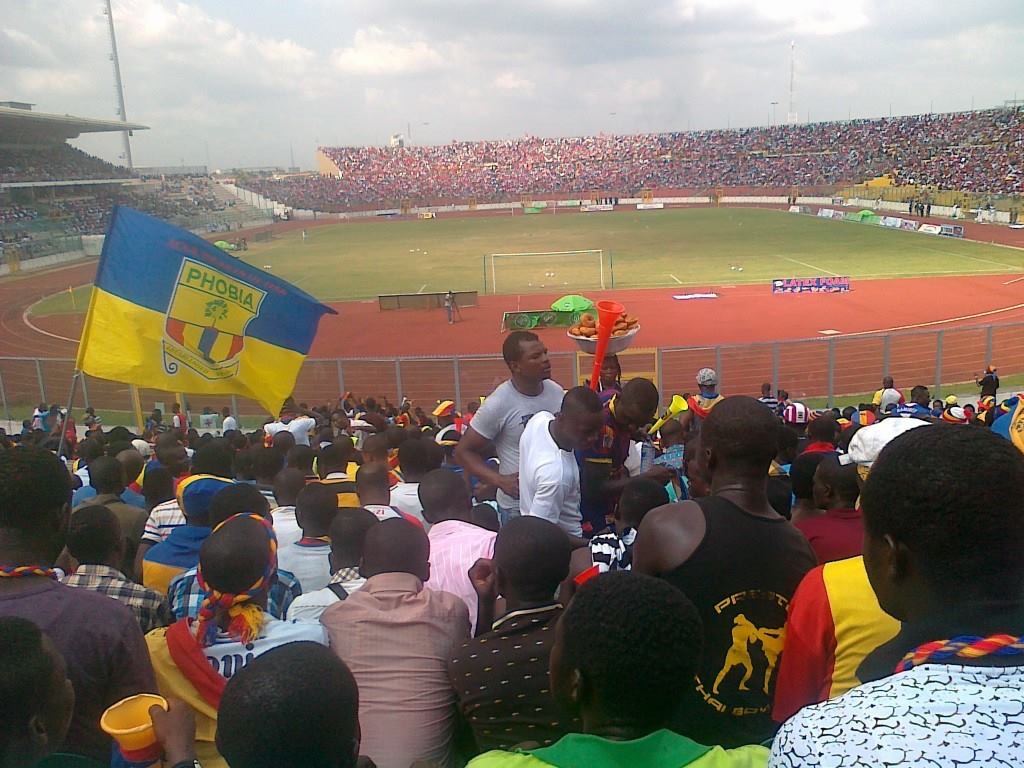 Government has cleared Ghana Premier League games to be played in the evening in the country 19 years after night matches were banned in the country following the stadium disaster that killed 126 people, Ghanasoccernet.com can reveal.

The announcement is a major boost for the local league as it needs to adjust its calendar to avoid clashes with European live matches on television.

A government white paper following the Okudjeto Commission ruled that matches in the league should not be played in the evening following the May 9th match between Hearts and Kotoko which led to the deaths.

The commission ruled that matches in all the stadia in the country should not be played under floodlights until massive improvements of the structure of the stadia are made.

Following the country's hosting of the Women's Africa Cup of Nations last year, the Ministry of Youth and Sports as well as the National Sports Authority say the changes have been made which warrants the lifting of the ban on night matches in the Ghana Premier League.

"In line with the implementation of the recommendations made by the Okudjeto Commission on the May 9th Stadium disaster with regards to security..... the National Sports Authority and the Ministry of Youth and Sports is giving clearance to certain categories of matches to be played at the Accra Sports Stadium," the statement read.

"Similarly we are implementing same measures in our facilities nationwide through the renovation of the Cape Coast, Kumasi Essipong and Tamale to allow for certain approved matches to be played under floodlights." 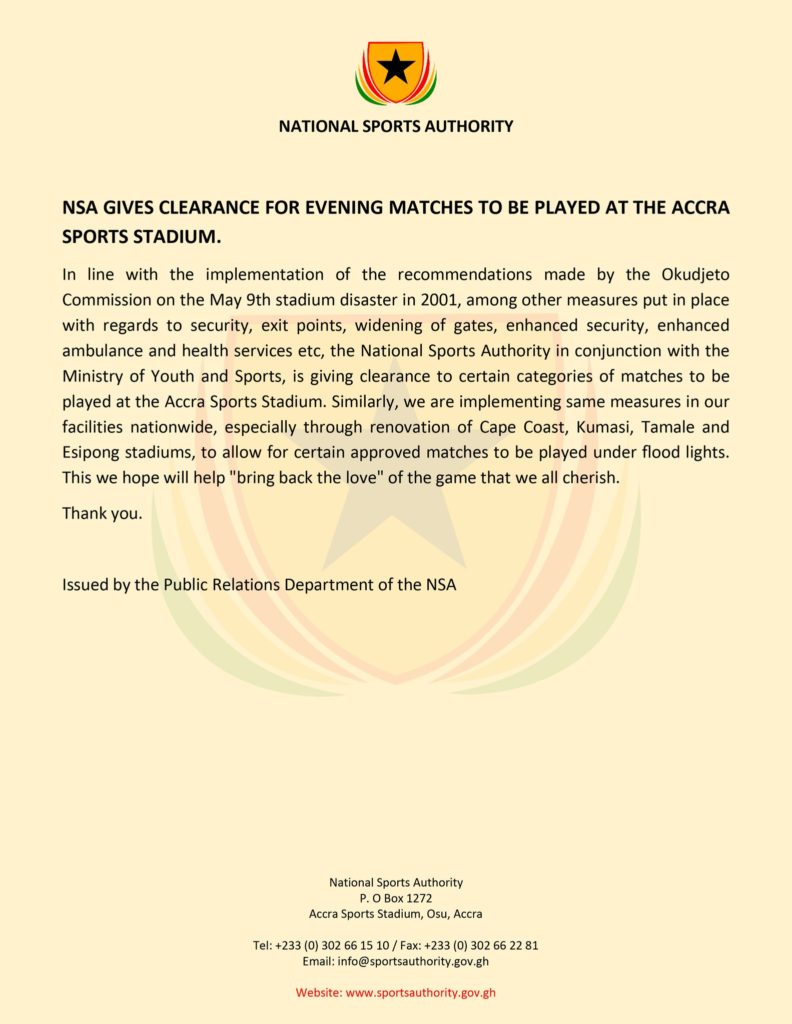 Statement by the NSA
This is clearly part of the measures by government to support the campaign to improve the local league in the country.

Matches in the evening will ensure that people will be able to close from work to match matches at the various stadia.

Meanwhile, the Ghana Football Association has confirmed the Premier League Week 2 clash between Legon Cities FC and Asante Kotoko will be played on Friday night.

A statement on the GFA website read: ''The second week Ghana Premier League match between Legon Cities and Asante Kotoko  has been scheduled to kick off on Friday January 3, 2020 at the Accra Sports Stadium at 6:00 p.m.

''The match will be the first Ghana Premier League match of the new year, as well as the first Friday evening  kick-off of the season.

''The game will also be Legon Cities' first home match of the season since the club was renamed  after the new owners of Legon Cities bought Wa All Stars.''

Legon Cities gave a good account of themselves in their opener when they drew 2-2 with Liberty Professionals on the road.