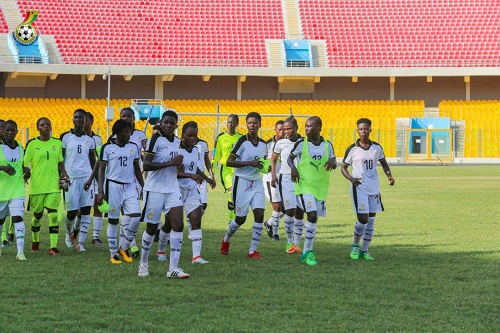 Dr. Nsiah Asare, the special advisor on health at the presidency, has revealed that government will bear the cost of COVID-19 test on players and officials of the junior national teams as they begin camping on August 1.

President of the country, Nana Akufo Addo on Sunday, gave the green light to the Black Starlets, the Black Maidens and the Black Princesses to begin training ahead of their international assignments in September.

However, the teams will have to undergo the mandatory COVID-19 test, and must strictly adhere to safety protocols whiles in camp.

“The minister of sports had earlier on presented proposal on the national teams who had international assignments so we had to advice the president to allow the teams train beginning 1st August 2020,” Dr. Asare told Kumasi FM.

“The return matches of these national teams will be playing behind close doors, the GFA will chose the venues for these games.

“We will be doing the mandatory testing for these national teams as FIFA has recommended and the European clubs are following.”